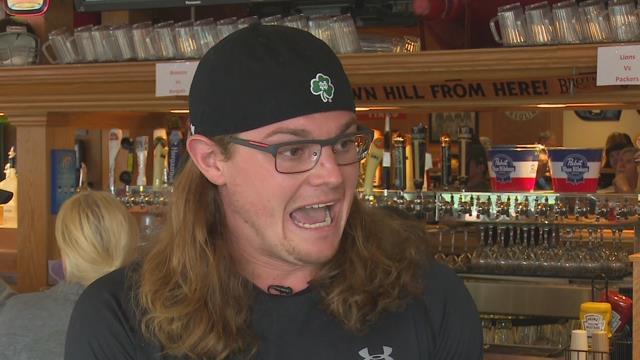 Fans are excited for the rest of the season after defensive coordinator Brian VanGorder was fired Sunday.

“I saw the reaction from Kelly last week, and it didn’t look good, so I kind of expected it,” said Notre Dame football fan Roger Hicks.

“ I think it was time to happen. To start 1 and 3, it’s very tough, especially at a program that’s so heavily with football, so I think it needed to be done,” said Notre Dame graduate student Matt Morozek.

Many fans think leadership was the problem with Notre Dame’s defense.

“Defense has to step up. He’s in charge of that, and somebody has to go. It’s going to be the coordinator,” said Notre Dame football fan Brian Small.

And, they’re excited to see if the new defensive coordinator, Greg Hudson, can turn up the heat.

“I think our defense is way too talented to have such a complex scheme with Van Gorder running it , so I’m excited to see new blood in this Notre Dame defensive coordinator,” said Notre Dame graduate student Christian Cassel.

“ I don’t think it can get any worse than it was,” said Morozek.

And they’re hoping the new coordinator can at last bring the team onward to victory.

“I just hope they get back to the promise land,” said Morozek.

One fan said that he thinks Hudson will be a fine replacement for this season, but he’s hoping Notre Dame can find an even stronger candidate next year.

These fans are tired of losing.