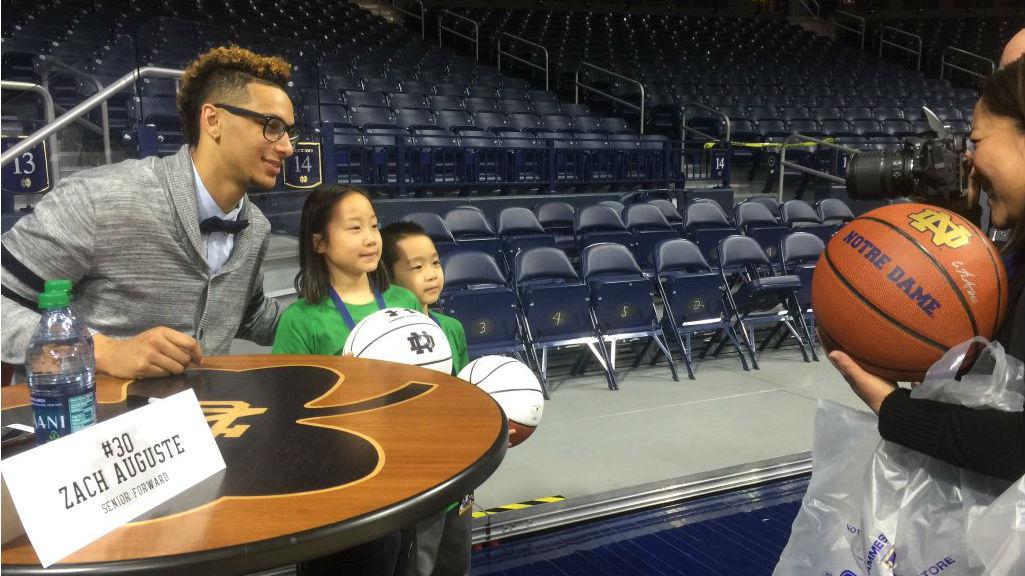 One last chance for Notre Dame fans and players to come together to celebrate a successful elite eight run and a memorable season.

The Notre Dame’s Men’s Basketball Team held their annual banquet tonight. It was bittersweet, coming about a week after hometown hero junior Demetrius Jackson announced he would be leaving the team for the NBA.

"Its part of the game. I was the same when  I  was a little kid. Meeting my favorite college or pro player. But its a blessing. It really is,” said senior Irish forward Zach Auguste.

For fans young and old, a final chance this season to meet their favorite Irish athletes, including Mishawaka native Demetrius Jackson.

Darion Jackson from Elkhart is nine. Meeting Demetrius is a dream come true.

For Demetrius, who declared for the NBA draft, it’s an opportunity to thank the fans and university.

"We have a great fan base. I’m just really happy to play for a great university with great fans," said Jackson.

A bittersweet moment, as careers come to a close, not only for Jackson but for teammate Senior Zach Auguste.

"A great chance to reminisce on the last year. It’s a blessing. I ’m excited,” said Auguste.

Players and fans saying goodbye and closing the book on another magical season at Notre Dame.

No doubt they will be missed by both the university and the community.