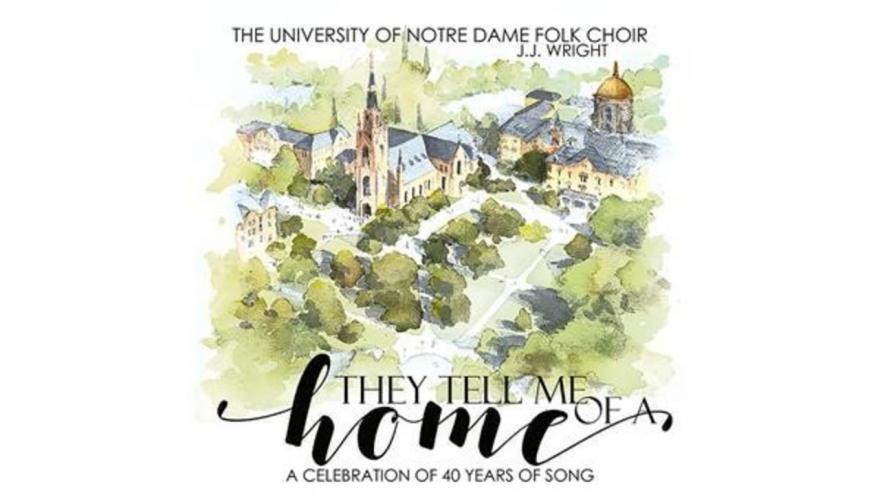 ST. JOSEPH COUNTY, Ind. – The University of Notre Dame Folk Choir is celebrating its 40th anniversary with the release of the new album, “They Tell Me of a Home.”

The album will be available on all digital platforms on May 28, followed by a livestreamed concert from the Basilica of the Sacred Heart at 2 p.m. on May 29.

The title, “They Tell Me of a Home,” is inspired by lyrics from the ninth track on the album, “Unclouded Day,” an American folk hymn. The Choir said they have found hope in the lyrics during the last year of loneliness, suffering, and loss. They said the album title captures their mission to “tell of” the wholeness of the Choir’s faith through music.

Throughout the fall semester, each of the 60 choir members produced individual recordings of their voice, which were compiled to produce the album.

“They Tell Me of a Home” features traditional Catholic hymns, a performance by Folk Choir alumna Danielle Rose, and more. This album strives to honor the choir’s history at Notre Dame and the work of Folk Choir Founder and Director Emeritus Steven C. Warner, Assistant Director Emeritus Karen Schneider-Kirner, and the Choir’s alumni.