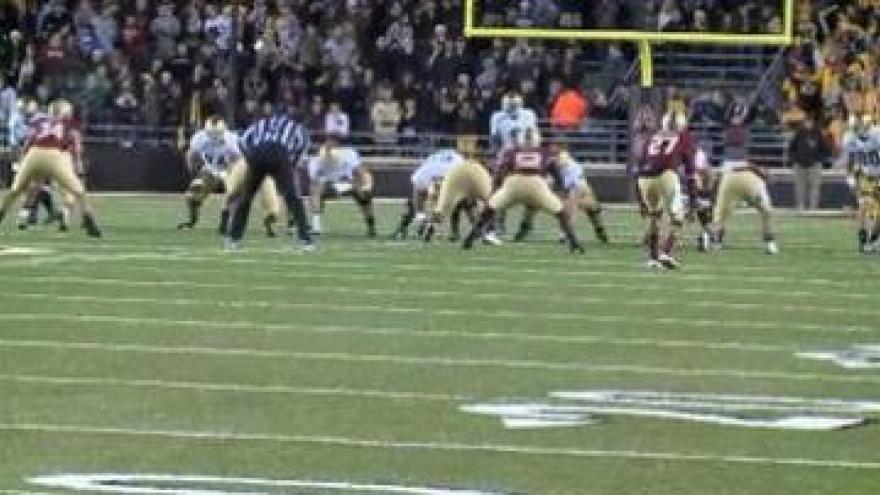 ABC 57 was the only local station inside Alumni Stadium Saturday night when the Irish and Eagles fans went head to head.

Head coach Brian Kelly said  he liked what he saw with starting QB Everett Golson is getting better and better each week.

But Golson wasn't the only important play out on the field. The Irish defense kept the Eagles from scoring a single touchdown in a game for the first time this season.

"I'm really pleased with what we continue to build on defensively and again I think there's some young players that are playing even better at this point again I think Bennet Jackson probably had his best game and Prince Schembo was outstanding," said Kelly.

Coach Kelly and his squad are now ranked No. 3 in both the USA Today, Coach's and AP Polls.

The BCS standings will be released at 8:30 pm.