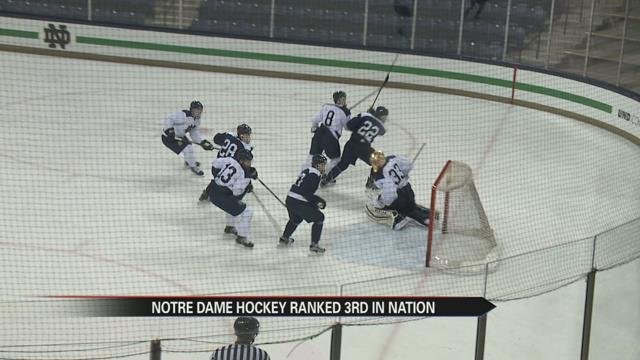 The Notre Dame Hockey Team is off to a 3-1 start this season and the Irish have risen to 3rd in the nation in hockey polls.

He added it's nice to have his team stay refreshed with weeks like this after a grueling pre-season.

Jackson likes to have their attention and focus solely on hockey.

"It's still a busy week, but they're not sitting in class all day. It’s kind of refreshing for them, you know they come to the rink; they don't have to worry about a quiz or a test although some of them had to take makeup tests. So, they’re enjoying the good life,” says Jackson.

The Irish will continue their season with a home series Friday against Penn State.