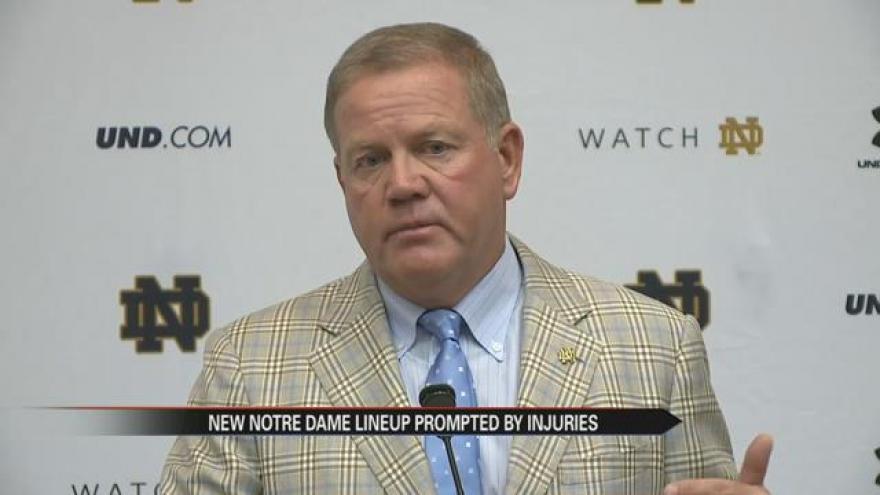 Notre Dame Head Coach Brian Kelly has announced that junior tight end Durham Smythe will be out for the remainder of the season with a torn MCL, adding another early blow to an already injury plagued team.

For Notre Dame it's the same story as last year, but on a different side of the ball. In 2014 their defense lost a lot of starters. Now on offense, 3 stars have been lost in just the first 2 games. Meaning a few shifts for Saturday's game against Georgia Tech.

Smythe is the most experienced tight end on the team. Now 4 remain, and Brian Kelly says he thinks all will play.

"I think Durham was able to do a lot of different things," said Kelly. "Now, we will go deeper with the tight ends."

At quarterback freshmen DeShone Kizer will get his first career start. But Kelly says he won't be coddling the young signal caller.

"Don't expect DeShone to come out there and hand the ball off and just play vanilla offense," said Kelly.

Depth is something this coaching staff has talked up for weeks. That will be put to the test on Saturday against Georgia Tech.