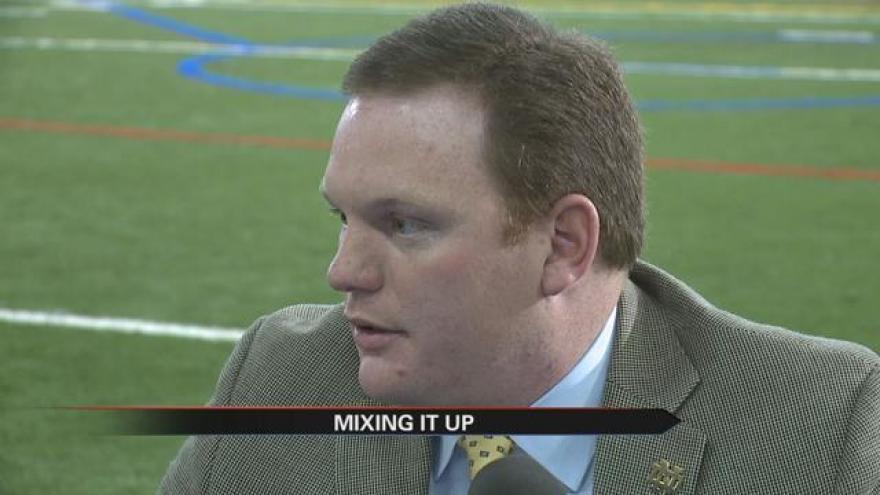 When Notre Dame Head Coach Brian Kelly was looking for his next offensive coordinator, his decision became pretty clear about who he would pick, and his selected person wasn't going to turn him down.

Kelly stressed he was looking for a play caller.

"And the name that kept coming to the top of the list was Chip Long," Kelly said.

Long comes after serving only one season as the offensive coordinator at Memphis with stops at Illinois, Arizona State, and Louisville along the way, but has always had his eye on Brian Kelly.

"The opportunity to be able to come work with him. Guy who won multiple national championships at Grand Valley, and played for one here at Notre Dame, I want to surround myself, he's done it," Long said.

Beyond the name brand and the head coach, Long knows the talent he will inherit can't compare to anybody he's ever coached.

"No because I haven't had anybody this big and fast so you know I've been around some really good ones, bu the length and speed these guys have is elite," Long said.

Kelly confirmed Monday that Long will be calling the plays this fall, and Long says having confidence in that capacity will not only help him succeed, but also validate Kelly's decision to hire him.

"You got to have confidence as a play caller in yourself so the kids can see it and the head coach can see it but being able to go and pick his brain for ideas is awesome," Long said.

"I wanted the offense to look a specific way, Chip gives me clearly something that I saw that will resemble what I see through this offense," Kelly said.