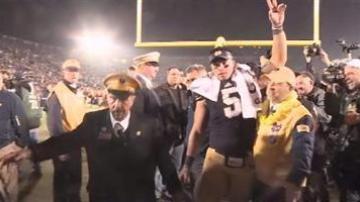 Some of the players include Manti Te'o, Tyler Eifert and Braxton Cave. Kapron Lewis-Moore also received an invite but was not able to attend because of a torn ACL.

The combine will put the players through a series of physical and mental tests for NFL coaches and scouts for the draft.