Notre Dame Players say NCAA sanctions do not affect them 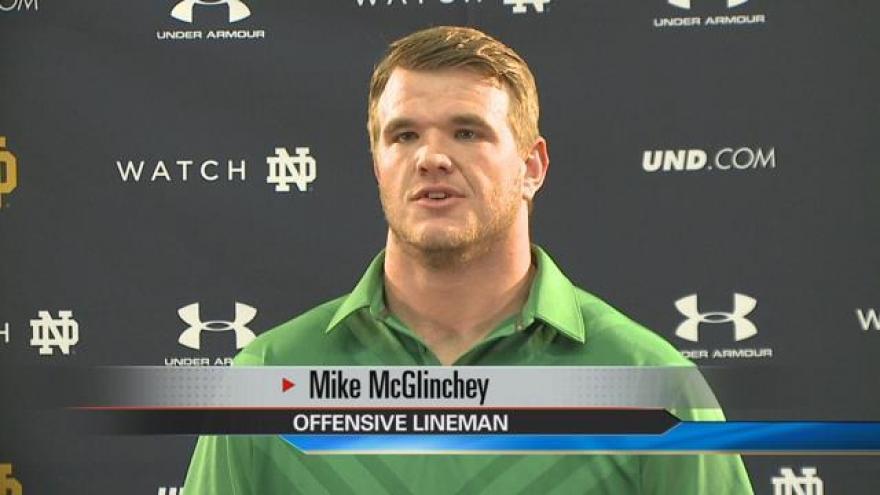 It was tough to get a read on players Tuesday night in the wake of the sanctions handed down by the NCAA. None of the players on Notre Dame's current roster were in the program when the violations occurred four years ago, but this does leave a mark on the program. However, the players stood by the University and still are proud to call Notre Dame their school.

"Obviously the outsiders, everybody's looking for a little reason to hate on this university and that's fine, that's the way it is, but we don't look at it any differently," Senior Offensive Lineman Mike McGlinchey said. "Notre Dame's Notre Dame, it's the best university in the world and we're just going to go out and continue to prove that by the character of guys we have in our locker room obviously there have been some mistakes made in the past. There's nothing we can do about it now and these guys are some of the most high character guys in the country."

Brian Kelly said Saturday his team was going to wake up from this nightmare soon but that may have to wait till their game with USC concludes.