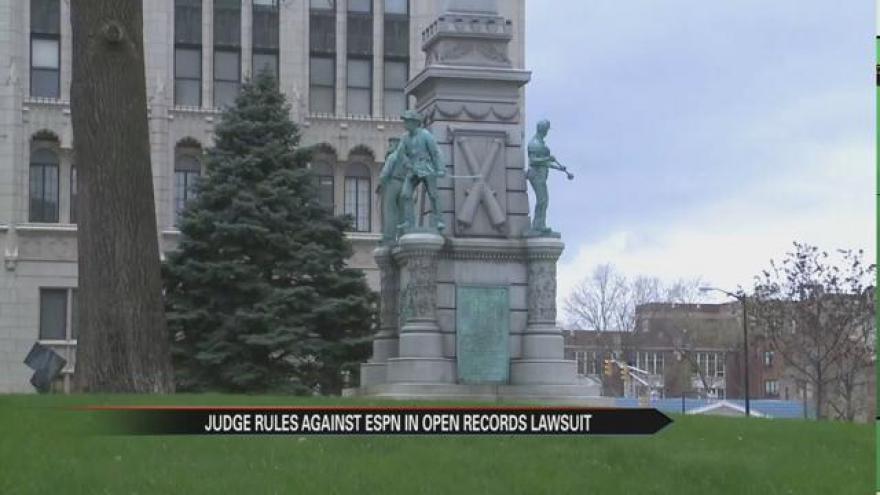 SOUTH BEND, Ind. - On Monday, a St. Joseph County Judge filed a ruling that he describes as “straight forward – but certainly not simple.” He ruled that Notre Dame's police force is private and did not have to fulfill a public records request from ESPN.

Back in January a lawsuit began after a reporter from ESPN requested crime reports from Notre Dame.

According to the Notre Dame Observer the requests involved student athletes.

Judge Steven Hostetler decided that the university is not subject to open record laws, but says the law may need to be reviewed.

Hostetler says the way the law is written now the university is not considered a public agency and does not have to share records.

The judge expressed concerns because the university does appoint police officers with certain powers.

Hostetler states in the ruling, “there are indeed persuasive reasons why the statute should be amended to read the way ESPN desires.”

The judge continued to explain that this case was not about if the law is correct but rather if the university was violating open record laws or not.

Since it is a private institution the ruling was in favor of Notre Dame.
Share this article: