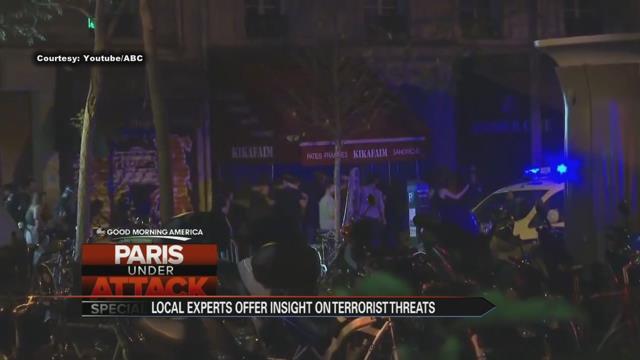 Images of sheer terror have infiltrated televisions and social media feeds across the United States after ISIS slayed 129 people in Paris, France. On Monday a professor of Islamic Studies at the University of Notre Dame called the terrorist attacks a failure by the intelligence community.

Gabriel Said Reynolds said, “We could see that American authorities are scrambling as well to try to figure out how those attacks happened in France and how to prevent them here in the United States.”

Reynolds studied Islam in Syria and he is wondering if the attacks could have been stopped.

Reynolds said, “In my opinion the United States campaign has been quite tepid quite modest too modest in its opposition to ISIS on the ground. We’ve had only military air strikes and even those have not been very aggressive.”

Reynolds said, “The story of the french attacks was the failure of intelligence because after all this was a major attack we had three different teams of attackers working in a synchronized manner but in different locations so intelligence is sort of catching up now.”

Reynolds feels the United States should be on high alert.

Reynolds said, “Clearly they’re interested in bringing the fight outside of those regions against those who they see to be their enemies.”

In contrast an FBI spokesperson in Indiana issued a statement to ABC57.

I can tell you that the Department of Homeland Security and the FBI are closely monitoring the unfolding events in Paris and we remain in contact with our counterparts in that region. at this time, there is no specific or credible threat to the United States. We will not hesitate to adjust our security posture, as appropriate, to protect the American people.