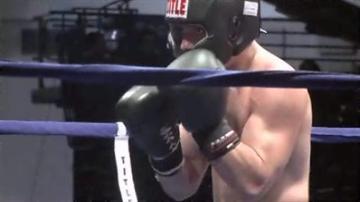 NOTRE DAME, Ind. -- Irish faithfuls took the ring in the 83rd Bengal Bouts. Although these students are sparring as opponents they are all fight for the same thing, to raise money for missionary work in Bangladesh.

The most students have ever raised is $128,000. Although they would like to beat that fund raising record, the Fighting Irish says the goal is to raise $100,000 this year.

"Strong bodies fight so that weak bodies may be nourished, that is what we are really fighting for," said senior Dan Mulligan.

Under the bright lights inside the ring they are opponents, but on every other night they are teammates, classmates and roommates.

"We’re training with the people that we are going to be fighting,"said Mulligan. "So we aren’t doing for ourselves, we are doing it to raise money for the mission."

Each boxer is expected to raise at least $500 to fight in the ring, but it is the cause and experience first-timers like Mulligan say is worth it.

But for parents watching  that excitement comes with a range of emotions.

"It’s a little scary for mom watching someone go into the ring, but I know he is ready and I am so excited to watch him. It’s my first time watching him, so it’s really exciting," said Diane Santi who attend the event to watch her son Daniel Collins fight.

Collins, a former leprechaun for the Irish, stepped into the ring for the second year in a row. For parents like his, it is the tradition and the dedication to help others that is most rewarding.

"I'm proud to see our son actually be dedicated and have the guts to step in that ring," said his father Don Collins.

Wednesday was just round one of the boxing tournament. The winners of Wednesday's fights will fight again in one week. The semi-finals are the following Tuesday and the finals are just two days later on Friday, March 1st.