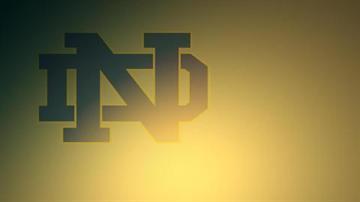 Quarterback Tommy Rees,19, and linebacker Carlo Calabrese, 21, were arrested around 12:30 a.m. and later booked around 1 a.m.

According to police, the original call came when there was a noise complaint at 716 N. Notre Dame Avenue.

When police arrived they asked for the music to be turned down. That’s when Rees took off. He allegedly kicked an officer in the stomach and was then pepper sprayed.

Notre Dame has released a statement in response to the arrests:

"The University is aware of this incident and is confident that it will be handled in a prompt and professional manner through the criminal justice system. Internal discipline is handled privately, in accord with our own policies and federal law."

Calabrese was bonded out of jail around 3:45 a.m. Since Rees has a felony, a judge has to set bond before he is released.

Rees is currently competing for the starting quarterback position along with four other players and was a trending topic on Twitter Thursday morning.

Stay with ABC57 News for more updates on this developing story.