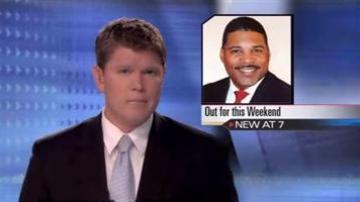 A former Notre Dame football player and current broadcast who made controversial remarks about the team will not be part of this weekend's broadcast.

IMG made a statement Thursday stating that Allen Pinkett comments were unacceptable about students athletes and "the event deserves to be free of distraction. Further decisions on this matter will be made in the coming days."

On Wednesday, Pinkett told a Chicago radio station that in order for a football team to be successful, they "had to have to a few bad citizens on the team."

Pinkett also said that a team "full of choir boys" would get their "butt kicked..."

He later apologized for the comments.