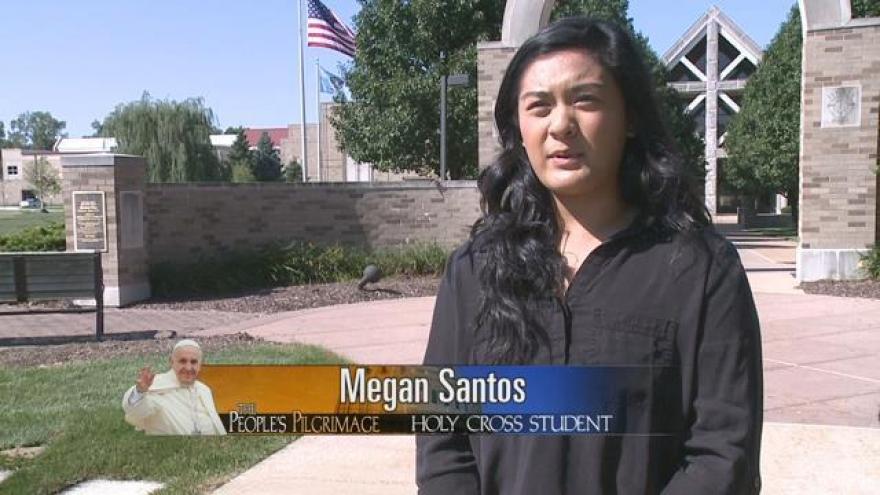 About 500 students from Notre Dame, Holy Cross and Saint Mary's are headed to Philadelphia on nine buses to see Pope Francis on Sunday.

“I know it’s going to be cramped and uncomfortable but all worth it at the end," said Megan Santos, a Holy Cross student.

The event is sponsored by Notre Dame’s campus ministry.

Student demand for the trip was astonishing, according to John Paul Lichon, Assistant Director of Retreats.

“It was surprising when we started planning this pilgrimage it was kind of like well are student really going to sign up? Are they really going to want to miss football to go see Pope Francis?" said Lichon.

Lichon says they reached the maximum number of participants back in the spring and even had to a waiting list.

“It’s his authenticity it’s the genuineness and the joyful nature that he expresses the gospel and for our students that means a lot," said Father Pete McCormick, Director of Notre Dame Campus Ministry.

Father McCormick says the Pope's ability to attract a large diverse crowd will show students just how universal the Catholic Church is.

“To leave this place and go to Philadelphia and get a much wider group of Catholics who are coming to pray together is going to be a heck of an experience for them," said Father McCormick.

It's an experience that Lichon says is worth way more than Tweeting a Pope pic.

“This is more than just going to see the Pope and take a picture of him. This is about encountering who Pope Francis is and what he stands for essentially and what our faith believes in," said Lichon.

After the mass at 4 p.m., the students will get back on the buses and arrive back in South Bend in time for classes Monday morning.