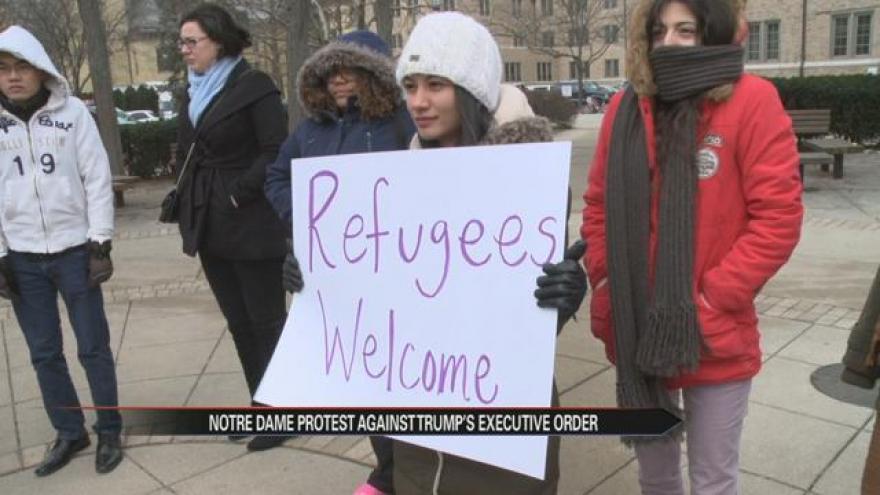 According to students, the gathering is to show their support for citizens of the seven banned countries and refugees affected by the January 27th executive order.

“We’re here today to stand in solidarity with immigrants and refugees and Muslims who are affected by the proposed ban, the proposed law. We are against Islamophobia, the anti immigrant sentiment that going on right now,” said Jessica Pederoza, student.