Notre Dame-Temple game one of the biggest in Philly's history 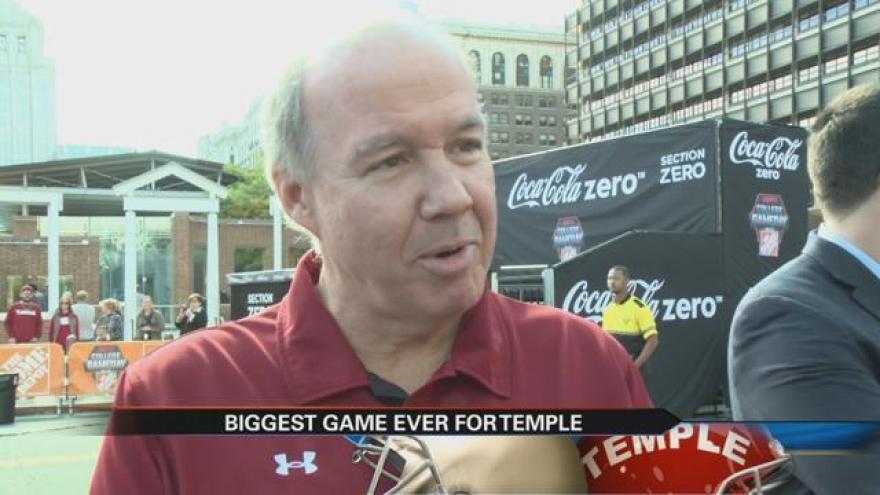 Saturday night's matchup between Notre Dame and Temple is one of the biggest games in Philadelphia's history. The Owls are undefeated so far and are ranked in the top 25 for the first time in decades. Having the Irish in town only brings more attention to their historic rise.

Could Temple's football success mean a culture shift in Philadelphia?

"It's such a pro sports town. An Eagles town. That that has always hurt college football in Philadelphia," Rock Hoffman, a writer for Football Stories magazine, said.

ESPN College GameDay is in town and the game will be televised nationally on ABC.

Notre Dame's first appearance in the city in 22 years is a major reason for the spotlight.

"It's Americas football university so all the lore, all the romance, all the history," George Whitfield of College GameDay said.

The shine of the golden dome is glowing on Temple's athletic department, seeing historic numbers for Saturday's game.

The game is sold out.

It's the similar to what the University of Virginia saw this season when the Irish made their first trip to Charlottesville. The game sold out in less than 30 minutes.

"It's one of the great brand names. Some would argue the greatest brand name in all of college football," said Reece Davis of College GameDay.

That's because of an unwavering popularity, no matter the team's success.

"There's a lot of tradition associated with that name brand. And it still carries cache, even if they haven't won a championship since '88. They still are a sign of legitimacy," said Davis.

A win for Temple would be just the boost the city needs, but Notre Dame needs the win just as badly.