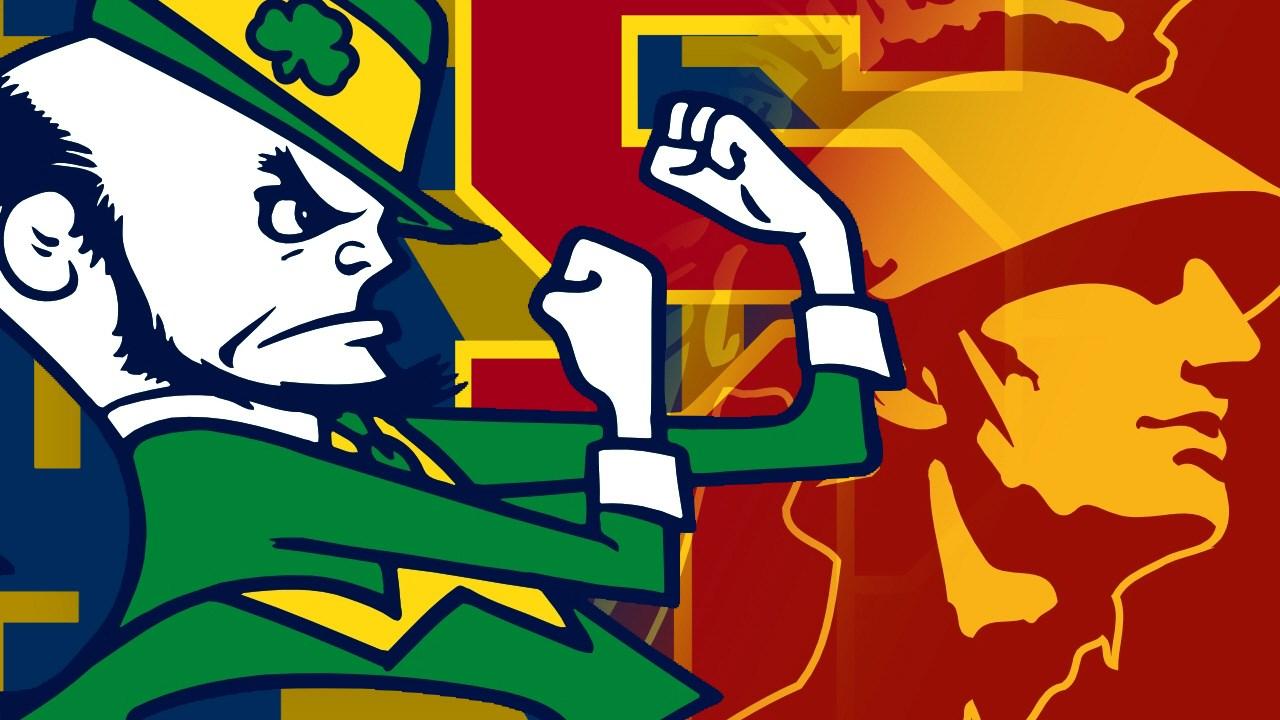 In week 8 of NCAA College Football, Notre Dame hosts USC for one of their most anticipated games of the season.

So far, Notre Dame suffered one loss this season to Clemson, pushing the Irish back nine spots from No. 6 to No. 15, but the Irish have refocused since then, especially since they are facing one of their biggest rivals in college football this week.

Kickoff was set for 7:30 p.m. and USC will receive the ball.

With just 11:53 on the clock, USC would score the first touchdown leading 7-0.

Just seconds later, the Irish respond with a 75-yard pass touchdown from Kizer to Fuller. The game is tied at 7 with 11:38 on the clock.

USC's Alex Woods would go for the field goal and the attempt is good putting the Trojans up 10-7 in the first quarter with 8:46 left.

Soon after, C.J. Prosise would take it in for a 25 yard touchdown for Notre Dame who is leading 14-10 with 6:20 left in the first quarter.

Notre Dame with another touchdown! Amir Carlisle comes up with the ball after a block and the Irish take the lead, the score 21-10 with 5:04 left in the first quarter.

After a fumble, the Trojans would recover the ball in the end zone in the second quarter.

Just moments later, Adoree Jackson takes it in 83 yards for USC which ties the game at 24 with 3:17 left before the half.

USC scores a touchdown coming back from the half putting them up 31-24 against Notre Dame.

C.J. Prosise would take it in for the touchdown for Notre Dame which ties the game again at 31 with 14:20 left in the fourth quarter.

Notre Dame scores another touchdown putting them in the lead in the fourth quarter 38-31 after Kizer passes it off to Corey Robinson in the corner of the end zone.

An interception from Notre Dame will not give the Irish the upper hand in the fourth quarter with just 7:00 minutes to go for the game.

Yoon with the field goal attempt was good putting the Irish up 41 to 31 now just 3:45 left in the game.

Notre Dame takes the win! The Irish beat the Trojans with a final score of 41-31.