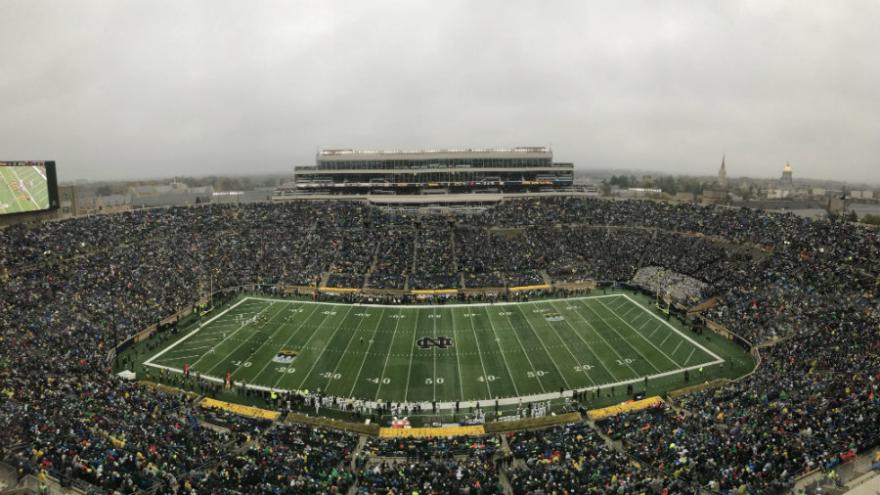 The Irish had a lot going their way headed into the game; a number 3 ranking and Heisman hopes for running back Josh Adams.

The #ND band just asked NOT to play when Wake Forest is at the line of scrimmage or it will result in unsportsmanlike penalty. Crowd erupted

On their opening drive, Wake Forest made the most of a 13-play drive including a solid 32-yard run by Demon Deacon running back Matt Colburn II before being pushed out of bounds. They would make it to the redzone but QB John Wolford failed to complete two passes in the endzone. They settled for a field goal, putting WF on the board first. WF 3, ND 0 with just under 9:00 to go in the first quarter.

Another couple of possessions would go by before a drive by ND would end in a field goal, extending their lead 10-3.

Notre Dame would start off the second quarter with a bang. Wolford's pass would be intercepted by ND cornerback Julian Love and nearly ran for a touchdown. He would fall short, going OB at Wake Forest's 5-yard line. Love's stellar defensive play would set up the offense to take the ball only 5 yards for a touchdown. The Irish would take a wider lead of 17-3 over the Demon Deacons.

With just under 11:00 to go in the half, Wolford completed a pass to Deacon wide receiver Alex Bachman for a gain of 37 yards. That gain set up Wolford to take the ball 20 yards himself for Wake Forest's first touchdown of the game. The score would draw closer, 17-10, but it wouldn't last for long.

Notre Dame quickly returned the favor with QB rushing TD as Wimbush would take the ball 50 yards for another Irish score. Justin Yoon's kick was good and the Irish go up 24-10 over the Demon Deacons.

If you were watching, you may have noticed the absence of Heisman hopeful Josh Adams. Adams was taken off the field early in the first quarter to be evaluated for a concussion but began to warm up before halftime, looking promising. On the other hand, Brandon Wimbush would be pulled off the field after being injured on a play late in the second quarter. He was immediately taken to the locker room for an evaluation. 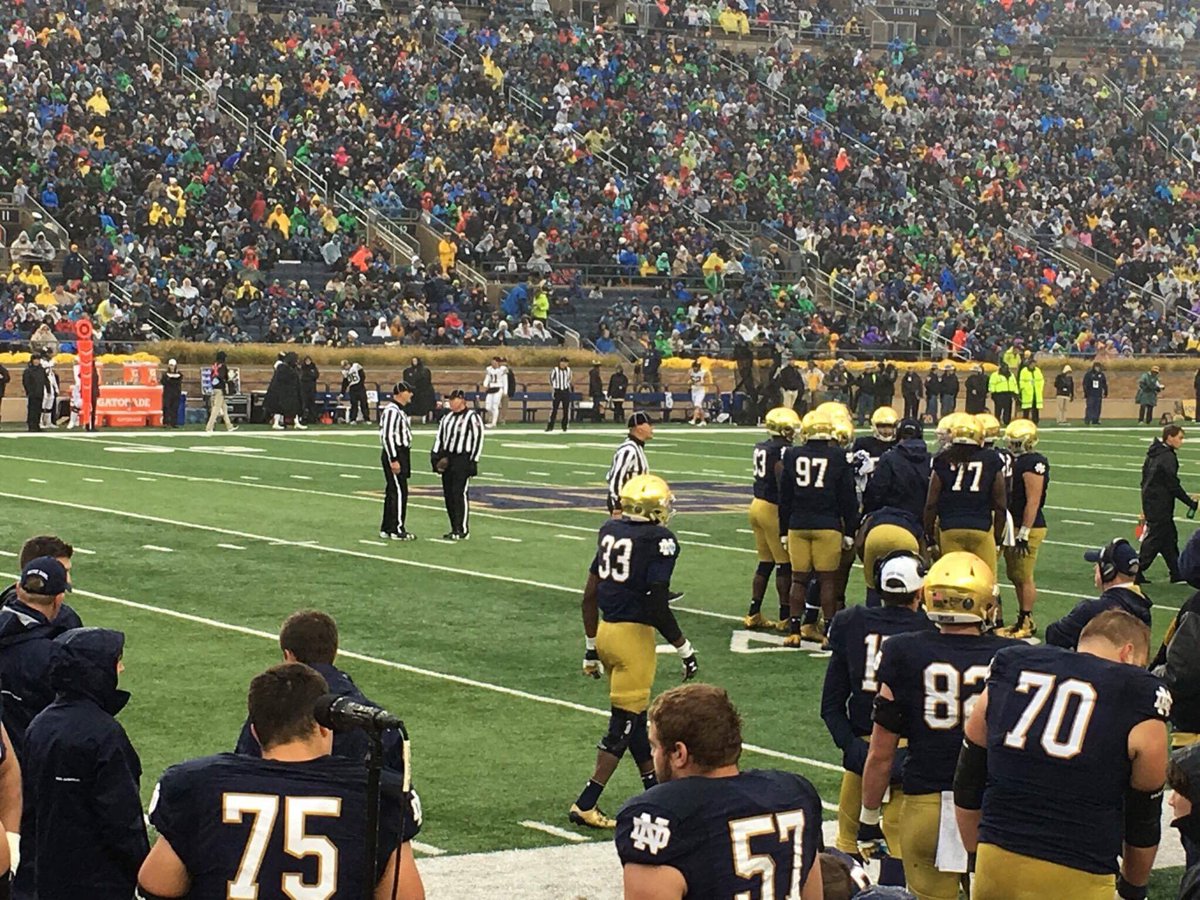 Adams has helmet on. #33Truckingpic.twitter.com/cJ4zyWFLgB

The play following Wimbush's injury would result in an Irish touchdown giving the Notre Dame a 3-score lead over Wake Forest.

Notre Dame goes into the half up 31-10, but both Josh Adams and Brandon Wimbush left with injuries. They’re the story now. #NotreDame

Brandon Wimbush returned to the game after being injured in the second quarter. For the Irish, a drive of many botched runs and incomplete passes mixed with some successful plays got them into scoring range but they would be forced to settle for a 22-yard field goal on 4th down. The Fighting Irish tack on another three points to make the score 34-10.

With 4:26 left to play in the third quarter, Demon Deacon Wolford would connect with his man Bachman for a 30-yard touchdown but would miss out on any extra points after a failed 2-point conversion attempt.

On the ensuing drive, ND's Chase Claypool would take the ball 34 yards across the goal line. Yoon's extra point was good and the Irish were in control with a 41-16 lead.

Bouncing right back, Wake Forest's Wolford would hand it off to Colburn and he would take it 24 yards to the endzone for a Deacon touchdown, but a 18-point deficit would still exist after the extra point. Notre Dame 41, Wake Forest 23 as the teams go into the final quarter of the game.

Defense gives up more than 20 points for the first time all season. #NDvsWF

Ian Book would replace Wimbush as quarterback for the last quarter of the game. This decision would bode well for the Irish as Book makes a successful charge downfield and passes it off to Deon McIntosh for a 2-yard touchdown. The lead grows by 7 after the kick. Irish 48, Demon Deacons 23.

Ian Book, now in at QB, leads a #NotreDame TD drive, capped by a Deon McIntosh run. Irish lead 48-23 early in the 4th.

Wake Forest would try to stay in the game and cut down Notre Dame's lead as much as they could. With just over 9:00 to go, the team would take 12 plays to reach the ND 11-yard line. Here, Wolford completed a pass to tight end Jack Freudenthal for a touchdown. The extra point was good and they close the gap a bit more with a score of 48-30.

The Demon Deacons were able to score one more touchdown before the end of the game but they would ultimately fall short to the Fighting Irish 48-37.

The Irish are on the road to Miami next week.