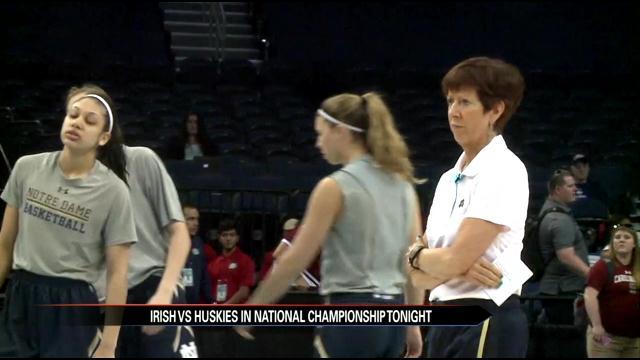 Tuesday night, the Notre Dame Women's Basketball team will face one of its fiercest rivals, the UConn Huskies.

This time around, the Irish are looking for revenge.

Head Coach Muffet McGraw has led the team to four NCAA Championship games in the last five seasons, but not one of those times have they pulled off a win.

Her players say Tuesday night is their chance to do it for their coach.

The Irish are a young team this year.

Not one of the five starters is a senior this season.

They say their youth has allowed them a lot of potential that they haven't quite reached yet.

They also say it relieves some of the pressure they've felt going into these big games in recent years.

The Irish will be the first team in the ACC to play in a National Championship game in back-to-back seasons when they face the Huskies Tuesday night.