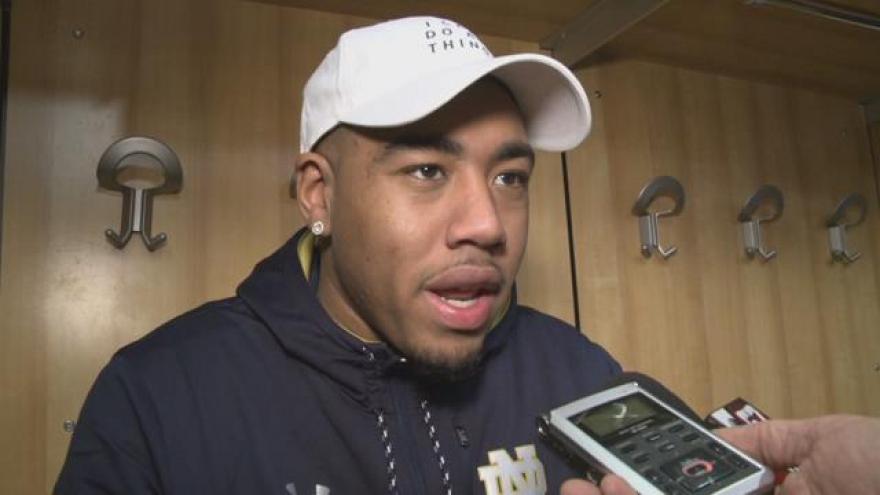 Notre Dame is one day away from its first game it the NCAA tournament this year, but will their star player be ready?

Bonzie Colson will be playing Thursday night despite twisting his ankle in Saturday's game against Duke in the ACC title game.

Colson has been walking with a boot for the last couple of days but he says a twisted ankle won't keep him out of the game.

"I knew I had to get back and play and be there for my teammates because they've been there for me and that's a part of our culture to pick each other up," said Colson.

"He's such a warrior, he's one of those guys where we tape him tomorrow and give him some Advil and he'll play like the man that he is so he's made great progress since Sunday," Notre Dame Head Coach Mike Brey said.