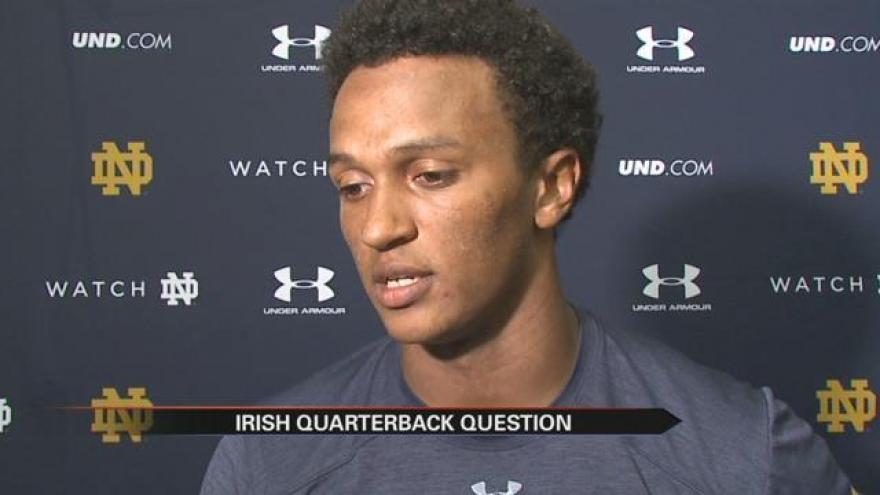 The Notre Dame football team is just days away from kicking off the 2016 season against Texas. Head Coach Brian Kelly says he has been preparing both quarterbacks to play against Texas.

"It would be nice to have a little bit of direction with us not really knowing how things are going to go, it's just important to be able to adapt. Being here I've been able to adapt to a lot of different situations so for me, I play better when it's just time to play," said quarterback Malik Zaire.

At Tuesday's press conference, Coach Kelly said if you're only paying attention to the quarterbacks, you are missing out on some other aspects that could be even bigger factors in the game.

In talking with both quarterbacks the past few weeks, they say they are both just ready to get out there and play and show what they can do on the field.