Notre Dame's receiving corps could be key to Pitt game 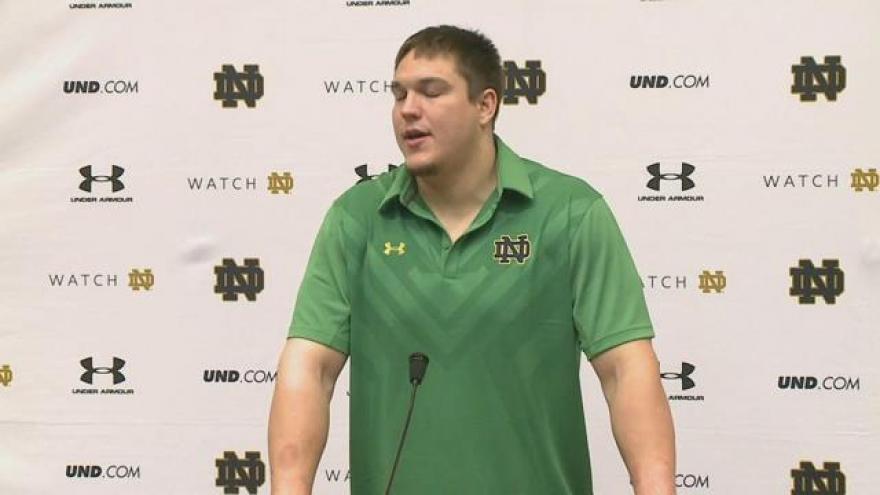 As Notre Dame gets set to play Pittsburgh, the Fighting Irish receiving corps could be a deciding factor in the outcome, but not just in the passing game.

Notre Dame's wide receiver corps is considered one of the best in the country. But it's not just because of their ability to reel in a pass. It's their uncommon strength in blocking.

A 79 yard touchdown run by DeShone Kizer was one of the biggest highlights in Notre Dame's win against Temple.

"I peeked up at the screen and I had still a couple yards and I just started running for my life," Kizer said.

But it almost didn't happen, if not for an unconventional assist from a wide receiver.

"Chris made a perfect block at a perfect time. Two tight ends, eight men in the box. Why would a receiver have to block?" Kizer said.

It's not something you see every day. Notre Dame wide receivers going up against guys much bigger than them, blocking for the run game.

"If their aggressive and they want to block you, that's like the starting point of all of it and all of our guys have that desire," Joe Schmidt said.

The Irish have rushed for more than 1800 yards on the season, and players say their receivers deserve a large amount of credit.

"Anytime you have guys down field working for you, working their butts off to get you in the end zone. It definitely helps me and makes my job easier," CJ Prosise said.

The receivers are some of the fastest players on the field. So when defensive backs try to stop a run play, it's their time to dig in their cleats.

"They're coming down on safeties and cracking safeties and in position to block corners just so I can get around," said Prosise.

They've earned respect from their team putting their bodies on the line.

"Very selfless act. A lot of people think being a receiver is all fame. Catching the ball, touchdowns. It's not," Nick Martin said.

"Everybody has done a great job for me. I just appreciate all that they do for me," Prosise said.