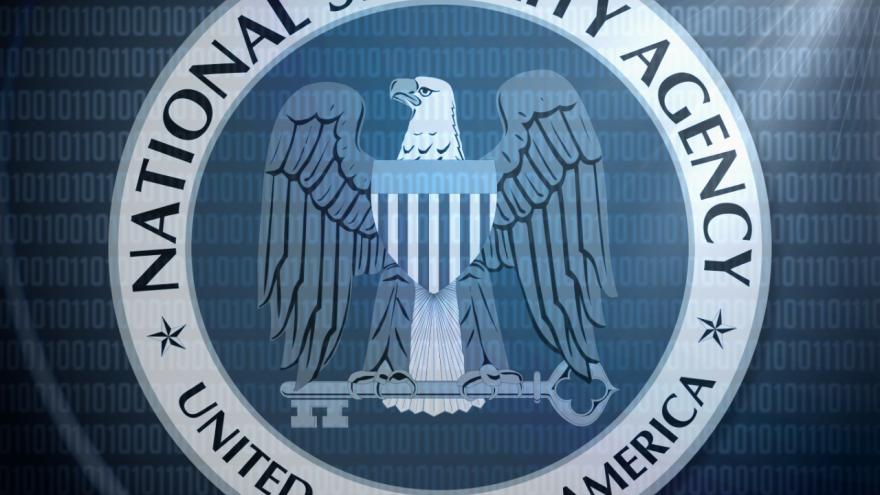 Adopted under the 2008 FISA act, 702 surveillance allows the NSA to legally monitor emails and phone calls of foreign nationals outside of the US -- but the controversial statute could expire in December if it is not reauthorized by Congress.

While the surveillance authorities outlined in Section 702 are specifically limited to overseas foreign targets, the law is controversial because it sometimes incidentally collects communications of US citizens, too.

Democratic Sen. Ron Wyden of Oregon has consistently advocated for additional privacy protections and criticized Section 702 for threatening the liberties of Americans who could have their communications collected under parts of the statute.

In April, Wyden applauded the NSA's announcement that it would no longer collect emails on the basis that they were merely about foreign targets -- a practice previously allowed under Section 702.

"This change ends a practice that could result in Americans' communications being collected without a warrant merely for mentioning a foreign target," Wyden said in a written statement at the time.

"For years, I've repeatedly raised concerns that this amounted to an end run around the Fourth Amendment. This transparency should be commended," he said.

Efforts to reauthorize the law could face renewed opposition amid a broader debate over the intelligence community's assessment that Russia meddled in the 2016 US election.

President Donald Trump has repeatedly doubted claims that Russia interfered in the election and raised questions about the use of a surveillance practice known as "unmasking" -- or revealing the identities of Americans who were communicating with foreign officials under surveillance by the US intelligence community.

"We've seen illegal leaking of classified materials, including the identities of American citizens unmasked in intelligence reports," White House press secretary Sarah Sanders told CNN earlier this month. "That's why the President called for Congress to investigate this matter and why the Department of Justice and Intelligence Community are doing all they can to stamp out this dangerous trend that undermines our national security."

However, the Trump administration is pushing Congress to reauthorize the Section 702 program without changes. Attorney General Jeff Sessions and Director of National Intelligence Dan Coats wrote to congressional leaders earlier this month, arguing that intelligence gathering under FISA has sufficient checks in place to protect against government overreach.

When asked if he was aware of any improper use of information about Americans incidentally collected through 702 surveillance by any administration, a senior government official authorized to speak for the NSA said: "Absolutely not ... totally zero" such cases.

Top intelligence and law enforcement officials have argued that Section 702 surveillance authorities protect the US from terrorism, weapons proliferation and foreign espionage despite public criticism from some lawmakers pushing for better privacy protections.

"This is clearly a major issue for the intelligence community," Coats told reporters on Monday. "It is one of our absolute top priorities this year."

A senior government official authorized to speak for the NSA called it "the single most important operational statute that the NSA has" and described it as "irreplaceable."

That same official also detailed a previously unknown example of where 702 surveillance allowed the NSA to identify a cybersecurity threat from a hostile foreign government and stop malicious cyberattacks against the US.

And a senior NSA analyst who joined the agency three months before September 11, 2001 detailed how essential 702 surveillance has been to the agency's work since its adoption in 2008.

Prior to the adoption of 702, "US intelligence was fighting an information age threat with regulations written for the age of the telephone," the analyst said.

Its arrival in 2008 was a "game-changer" as it gave the NSA the "agility and flexibility" to fight terror threats, the analyst added, noting that the law "no longer gives a terrorist plotter in Pakistan the same protections as a US citizen."

The analyst and other senior government officials detailed the numerous protections and standards they still must follow under the 2008 statute, including at least three analysts reviewing any request, followed by a review by Justice Department attorneys.

A senior US official authorized to speak for the FBI added two additional examples in which 702 authorities were instrumental in disrupting terror plots.

Surveillance played a key role in stopping ISIS plots by attackers recruited by Shawn Parson -- a Trinidadian ISIS online recruiter who was later killed in Syria, according to that official.

It also helped identify the location of the Istanbul nightclub attacker in January 2017 -- later facilitating an arrest in that case.

Despite public criticism from lawmakers, a senior government official authorized to speak for the DOJ said they "all have full confidence Congress will reauthorize."