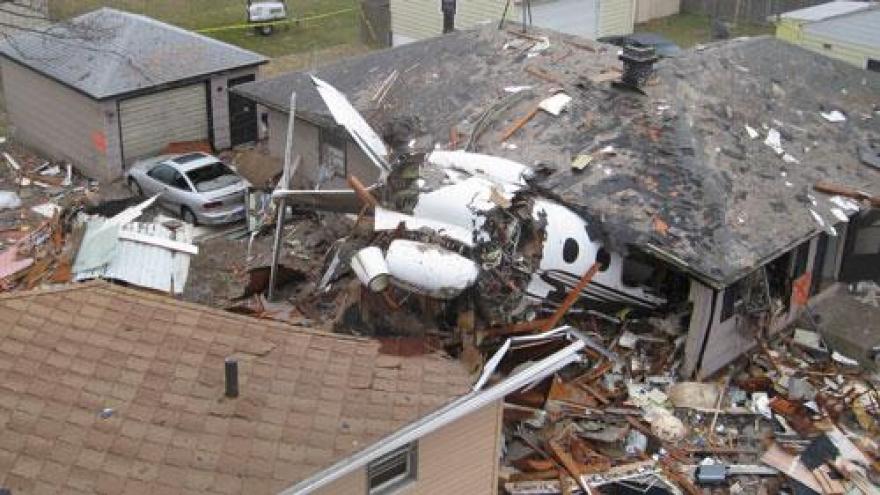 The National Transportation Safety Board has released a factual report regarding the fatal plane crash in South Bend in March 2013. The report states the pilot rated passenger was at the controls when the plane lost power.

The information detailed in the report comes from the cockpit voice recorder, interviews with witnesses, the surviving passengers, expert analysis and on site investigation.

According to the cockpit voice recorder, Wes Caves, the pilot, was allowing passenger Steve Davis to control the airplane during the flight.

Davis is also a pilot but was accompanying Caves on the flight because they had a shared interest in aviation, according to a statement by Caves' son.

The cockpit voice recorder began at 3:45 p.m. and recorded 31 minutes of the flight and stopped recording just before the crash at 4:23 p.m.

For much of that half hour, Caves is giving Davis advice and guidance. [ Click here to read a transcription of the cockpit voice recorder]

The pilot told the pilot rated passenger, “You went back behind the stops and we lost power.”

The pilot attempted to restart the engines and contacted air traffic control.

The plane attempted to make a landing, but only the nose gear was down. The plane made a second attempt at a landing and bounced several times on the runway, according to witnesses.

The plane entered a climbing right turn, then entered a rolling descent and crashed into three homes.

Toxicology tests done on Caves and Davis revealed no illegal drugs or alcohol in their systems.

Both died of blunt force trauma.