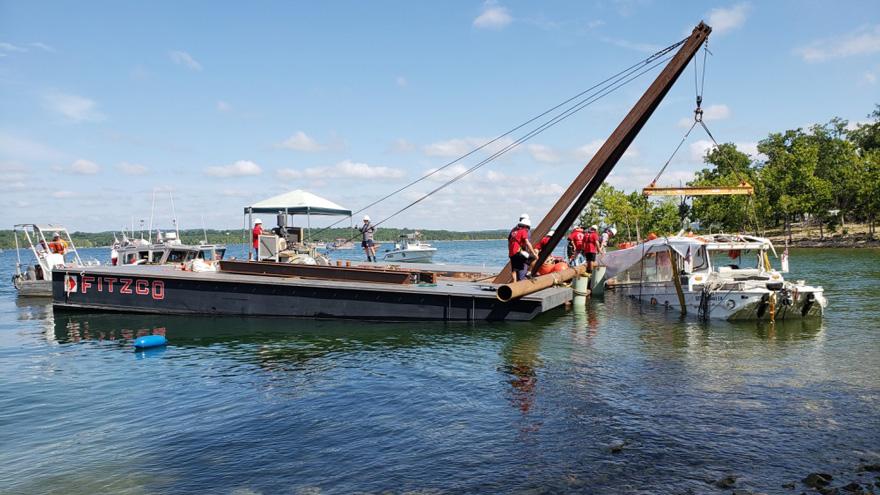 ST. LOUIS (AP) — Video and audio recordings from a fatal tourist boat accident in Missouri show that the lake went from calm to deadly dangerous in a matter of minutes.

The National Transportation Safety Board on Friday released information gathered from the video recorder camera system salvaged by divers after the duck boat sank July 19 at Table Rock Lake near Branson. Seventeen of the 31 people on board died.

The recordings show that the lake was calm when the vessel entered the lake around 6:55 p.m.

But the NTSB says whitecaps suddenly appeared at 7 p.m., and winds increased. The captain twice made calls on a handheld radio and alarms sounded. Water began splashing the passenger compartment around 7:05 p.m.

About eight minutes after whitecaps emerged, the video recording ended.