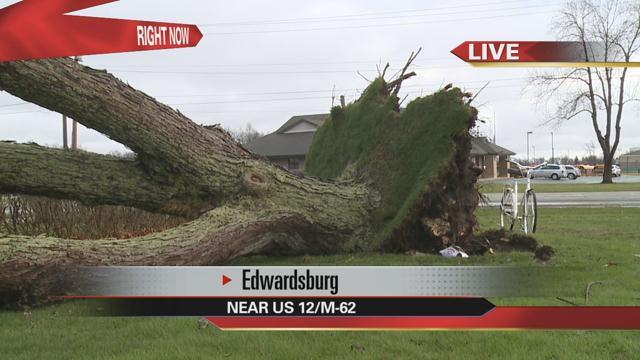 The National Weather Service Northern Indiana released a damage survey for the tornado that formed Thursday afternoon in Edwardsburg, Michigan.

The tornado was an EF-0 on the Enhanced Fujita scale.

The tornado had winds that peaked at 75 mph.

The storm damaged a barn, removed shingles and part of a roof of a church and uprooted trees.