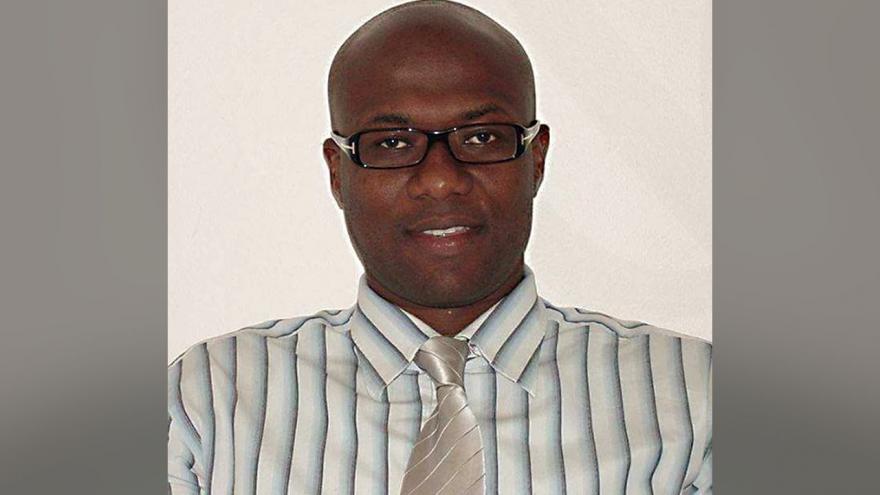 NEW YORK (CNN) -- The gunman who killed a doctor and injured six other people at a New York hospital was looking for a physician he blamed for his resignation from the facility, but that person wasn't there, law enforcement sources said on condition of anonymity Saturday.

And the slain doctor, Tracy Sin Yee Tam, 32, was on Bronx-Lebanon Hospital Center's 17th floor Friday afternoon only because she was covering for a colleague who needed time off, a hospital official said.

"Yesterday she was asked to cover one of the physicians who was out, and so she was on that floor at that time," Dr. Sridhar Chilimuri, the hospital's physician in chief, told reporters Saturday.

The shooter was a "disgruntled" ex-employee who worked there from August 2014 to February 2015 and resigned before he was to be fired, hospital spokesman Errol Schneer said.

Motive in shooting is unclear

So far authorities have not offered a motive.

But a three-paragraph letter emailed to a newspaper might yield some clues, though it gave no indication the writer might be violent.

A man identifying himself as Henry Bello sent an email to the New York Daily News two hours before the shooting.

In the email the man writes about being terminated from Bronx-Lebanon and complains that several doctors worked to get him fired.

The email mentions two doctors, a man and a woman, whom he blames for his dismissal.

The man says he wrote a letter to the female doctor "congratulating her for my termination" and saying he told her "it remains to be seen if my life is meaningless or disposable."

The newspaper said the man's email was read after the shooting.

"Once we verified that it was the same man responsible for the shooting, the decision was made to publish the letter in full with the redaction of the names," said Zach Haberman, the newspaper's head of content.

"At no point was there any indication of violence against anyone which can be clearly seen in the letter that we published."

Police have not commented on the letter.

Investigators are trying to determine how the gunman got past security and onto the 16th and 17th floors of the 972-bed facility, but he was wearing a white lab coat and carrying identification, New York police Commissioner James O'Neill said.

Bello, carrying an assault rifle, saw a doctor on the 16th floor and yelled, "Why didn't you help me when I was getting in trouble?" a law enforcement source said.

He fired, missing the doctor but hitting others standing at a nurses' station, the source said.

The shooter took out a container of flammable liquid, poured it on the floor and then ignited it, law enforcement sources said.

He then climbed stairs to the 17th floor and shot two physicians, including the woman who died, before fatally shooting himself in the chest, the sources said.

Bello fired eight times, and had 10 bullets in his pocket, according to the sources.

The slain physician was well-liked and had been there for about a year, said Schneer, the hospital spokesman.

The doctor who had taken Friday off is "totally grief-stricken" and spending time with the slain victim's family, Schneer said.

Hospital officials have said little publicly about the gunman.

But the doctor whom Bello is believed to have sought Friday told investigators that Bello, when he worked at Bronx-Lebanon, was belligerent and difficult to work with, and got into disputes with nurses and other staffers, law enforcement sources said.

Friday's shooter resigned "in lieu of termination" in February 2015, said Schneer, who didn't explain say why he faced termination.

Hospital officials were unhappy with the shooter's performance, and he left under "unfortunate circumstances," said Chilimuri, the chief physician.

The gunman used to work on the 16th floor, said Chilimuri, who said the floor typically tended to stable admitted patients with active medical problems.

One in critical condition

Of the injured, one was a Bronx-Lebanon patient; three are doctors; and two are medical students, Chilimuri said. Their names weren't released.

One of them, a doctor, remains in critical condition Saturday, with brain and knee injuries, Chilimuri said.

The other victims were stable Saturday morning, according to Chilimuri:

• A doctor shot in the hand was undergoing extensive surgery; he's expected to recover most of the hand's function.

• A doctor shot in the neck is expected to recover fully.

• A doctor shot in the abdomen has been taken off a ventilator.

• A wounded man is expected to be transferred to New York's Mount Sinai Hospital for further surgery.

• The hospital patient had a minor injury and soon will be released.

Helping the wounded: 'We carried him nine floors'

Video from the scene showed employees and others coming out of the hospital's main entrance, their hands in the air, and crossing the street toward awaiting police officers.

Hospital employee Gonzalo Corazo said he was at work when the shooting started just before 3 p.m. ET Friday.

"That's when I panicked and then all of sudden my first instinct was the patients, taking care of the patients," Corazo told CNN affiliate WABC-TV.

Ambulance EMT Robert Maldonado told the TV station that he and others locked themselves in a room and waited. When they heard someone yell for an EMT, they jumped into action to help a doctor with a gunshot wound in his stomach.

"He was in a lot of pain obviously," Maldonado told WABC.

Because the gunman started a fire, the hospital's fire suppression system activated, dousing the floor with water. The hospital's 15th, 16th and 17th floors were closed Saturday for cleanup and the investigation.