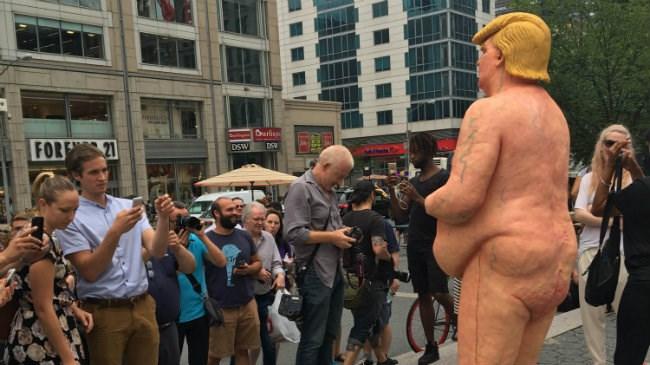 Indecline, described by The Guardian as an anarchist group, installed nude Trump statues in other cities around the country, including San Francisco, Los Angeles, Cleveland and Seattle, the paper reported.

A video on Indecline's website shows the creators crafting the statue, using paintbrushes and watersprays to mold the clay body and carving "Ginger" into the footboard.

Other aggressive art from the group, according to its site, includes artwork along the US-Mexico border saying "Rape Trump" and what they claim to be the "largest illegal graffiti piece in the world" along an abandoned runway in California.