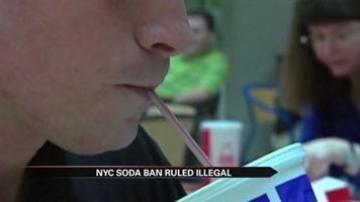 Thursday the New York court of appeals ruled the cap on sugary drinks over 16 ounces is illegal.

Two lower courts previously ruled against the ban as well.

The city's former Mayor Michael Bloomberg put the ban in place as part of his plan to fight obesity.
Share this article:

Frost possible tonight, sunny for most of Monday