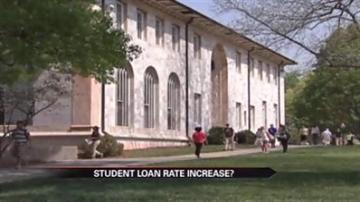 The senate is expected to vote on a student loan bill the first week of June.