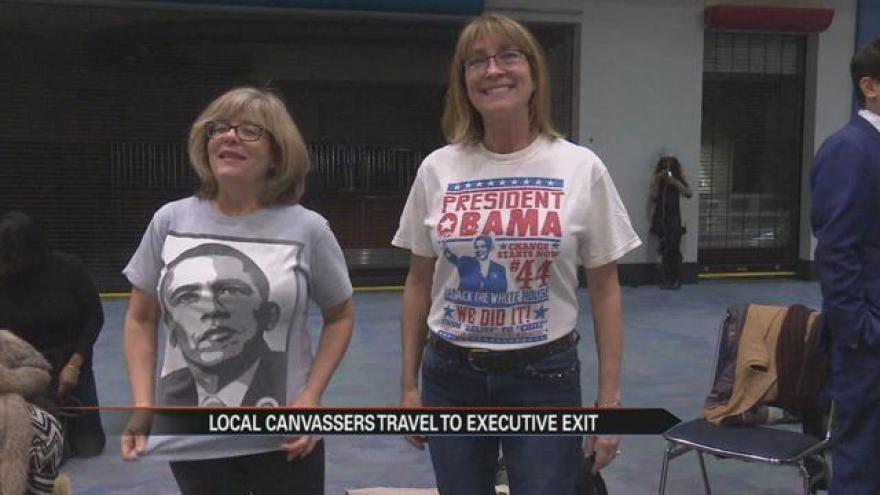 Two audience members at the Obama farewell speech in Chicago, recalled canvassing for the POTUS in 2008 in Elkhart.

“We had to put our feet on the ground and we kept watching the states around us, and we thought the president would need our help in Elkhart,” Kerrie Rosenthal said.

Rosenthal and her friend Carol Niec both talked to Elkhart voters in 2008.

Rosenthal and Niec say they noticed some economic issues in town.

“The town looked like it was suffering, I have to say. It was in bad shape from the recession,” Niec said.

A few years after Obama was elected, the women came to Elkhart, and say they found positive changes.

“We were just delighted to see their main street was coming alive, the restaurants were returning and life had become fun again in Elkhart,” Niec said.

It’s an experience Obama himself talked about when he visited Elkhart in 2016 to talk about an economic upswing.

As Niec and Rosenthal prepared for his farewell, they had fond memories of helping introduce Obama to Elkhart.