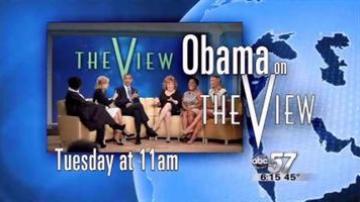 Even though the president came out last week in favor of gay marriage, there are still many questions about if he'll fight to change a federal law.

The law will allow gay couples benefits like social security and being able to file joint tax returns.

Barbara Walters had a chance to ask him about it and other questions surrounding Obama’s decision.

You can watch the entire interview with President Barack Obama on The View. Catch it right here on ABC57 starting at 11.