Obama offers 'wait and see' approach to Trump, but adds he'll be watching 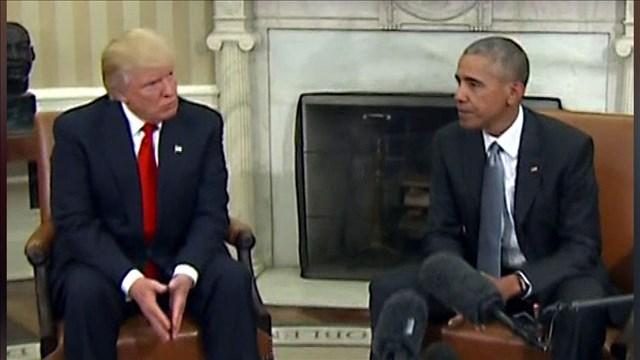 LIMA, Peru (CNN) -- President Barack Obama in his final press conference abroad advised the world to "take a wait and see approach" for what a Donald Trump presidency may mean in terms of policy, but added that he would weigh in if the "ideals" of the country are called into question.

Obama, while speaking in Lima, Peru on the final day of his last trip abroad, spent the majority of his trip answering questions on what a Trump presidency will mean for international allies -- including America's influence globally.

Obama -- concluding the Asia-Pacific Economic Cooperation summit in Lima -- acknowledged that he wouldn't hesitate to play critic in a Trump presidency if "necessary."

"I want to be respectful of the office and give the President-elect an opportunity to put forward his platform and his arguments without somebody popping off in every instance," Obama said.

"If there's specifics that have less to do with some proposal or battle but goes to the core questions about our values and our ideals, and if I think that it's necessary or helpful for me to defend those ideal then I'll examine it when it comes."

The President also reiterated that while he "can't guarantee" that Trump won't pursue some of the positions he's taken on the campaign trail, the President said reality would "force" Trump to "adjust" how he approaches those issues in office.

Obama also stressed the importance of the US influence in the world, saying that no other country is able to "fill the void."

"We're not going to be able to solve every problem... but if we're not on the side of what's right, if we're not making the argument and fighting for it even if sometimes we're not able to deliver it 100% everywhere, then it collapses," President Obama told reporters.

"There's nobody to fill the void. There really isn't," he said.

Obama did acknowledge that other countries such as China are "very important," but said they do not contribute on the same scale. Pointing to the example of the Paris Climate Agreement saying, "China's not the one who was going around organizing 200 nations to sign on."

While declining to directly respond to a question about how Trump should handle potential conflicts of interest in the White House due to his business dealings, Obama talked about what he did upon being elected in 2008. That included liquidating assets that might have raised questions about possibly influencing policy.

Obama also stressed following both the letter and spirit of the law and repeated that he is "extremely proud" that his administration hasn't had the kinds of scandals that have plagued other administrations.

Pull aside with Putin

President Obama said Sunday that in his brief chat with Russian President Vladimir Putin on the sidelines of the APEC summit in Peru, that Russian influence on the election was not discussed because the campaign was over. "That's behind us," Obama said.

Obama, answering a question on whether cyber influences on elections are the "new norms" said as long as there was a responsible press and an "engaged citizenry then various attempts to meddle in our elections won't mean much."

"If generally we've got an election that isn't focused on issues and are full of fake news and false information and distractions then the issue is not going to be what's happening from the inside," he said. "The issue is what are we doing to ourselves from the inside. The good news is that's something we have control over."

Obama called the four-minute conversation with Putin "candid and courteous," which included discussions on Syria and Ukraine in which the President said he conveyed that he was "deeply concerned about the bloodshed and chaos that's being sewn by constant bombing attacks by Assad and the Russian military."

Defense of the Democratic Party

President Obama in Lima took up a strong defense of the Democratic Party, saying that he wasn't "worried about being the last Democratic president." Obama added he he wasn't saying that to be a "cute" point to the popular vote, which Democratic nominee Hillary Clinton won despite coming up short against Trump in the all-important Electoral College count.

Obama, however, conceded that following Clinton's surprising defeat, Democrats "have to do some thinking" about their message. But the President said he didn't believe "there has to be a complete overhaul."

Obama also defended the political skill of House Minority Leader Pelosi, but did not weigh in on the challenge to her leadership position in Congress. The longtime California Democrat is facing a leadership fight from Rep. Tim Ryan of Ohio.