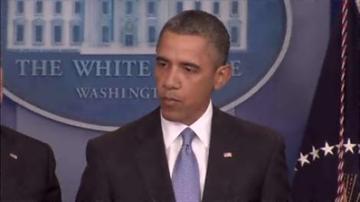 President Obama signed a bill to avert the fiscal cliff into law.

It preserved the Bush-era tax cuts for people earning less than $400,000 and extends unemployment benefits.

A copy of the bill was sent to the president who's currently vacationing with his family in Hawaii. He signed the bill using the autopen.

That's a tool that mimics the president's signature. It's the first time the Obama Administration has ever used the autopen for signing a law.