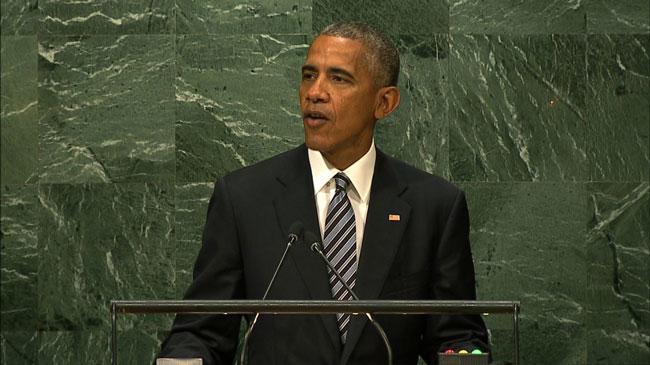 WASHINGTON (CNN) -- Barack Obama vetoed Friday a bill that would allow family members of 9/11 victims to sue Saudi Arabia. The White House claimed it could expose US diplomats and servicemen to litigation in other countries.

Obama has now issued 12 vetoes. If successful, Congress' override would be the first of Obama's presidency.

Support for the "Justice Against Sponsors of Terrorism Act" ran high among lawmakers, who overwhelmingly passed the bill earlier this year after pressure from victims' groups. The bill would end foreign countries' immunity in the United States from lawsuits, allowing federal civil suits to go forward if the country is determined to have had a hand in a US terror attack.

In his veto message, Obama wrote he had "deep sympathy for the families of the victims of the terrorist attacks of September 11, 2001, who have suffered grievously."

But he maintained the legislation would seriously hurt US national security interests and cause harm to important alliances, saying it "would neither protect Americans from terrorist attacks nor improve the effectiveness of our response to such attacks."

He warned that the law would hurt the effectiveness of the administration's action against terrorism by taking questions of foreign states' involvement in terrorism "out of the hands of national security and foreign policy professionals and placing them in the hands of private litigants and courts."

Obama also said the move would open Americans abroad, especially those serving in the military, to prosecutions by foreign countries, since this would remove the reciprocal agreements that now protect both sides from such lawsuits.

He also pointed to complaints that allied nations have made about the measure. This legislation, he said, "threatens to limit their cooperation on key national security issues, including counterterrorism initiatives, at a crucial time when we are trying to build coalitions, not create divisions."

"Clinton continues to support the efforts by Sen. (Chuck) Schumer and his colleagues in Congress to secure the ability of 9/11 families and other victims of terror to hold accountable those responsible," said Jesse Lehrich, a Clinton spokesman. "She would sign this legislation if it came to her desk."

Schumer called the veto "a disappointing decision that will be swiftly and soundly overturned in Congress."

Co-sponsor Sen. John Cornyn said, "I look forward to the opportunity for Congress to override the President's veto, provide these families with the chance to seek the justice they deserve and send a clear message that we will not tolerate those who finance terrorism in the United States."

In recent days, some of the measure's supporters in Congress have expressed misgivings about the legislation, prompting a new effort by the administration to lobby against the bill.

The lobbying effort on Capitol Hill against the legislation has involved the administration but also representatives for the Saudi government, which denies any involvement in the 9/11 terror attacks. The alliance puts Obama in the unlikely position of defending the same position as the Kingdom, with which he's had longstanding disputes over counterterrorism strategies and human rights.

It also puts the President at odds with family members of 9/11 victims, who protested outside the White House this week and spoke alongside lawmakers from New York and Connecticut on Capitol Hill. They, along with other proponents of the bill, say the language is written narrowly to prevent the types of repercussions the administration predicts.

"The president's rationales to veto JASTA don't hold weight. They are 100% wrong," said Terry Strada, whose husband Tom Strada died in World Trade Center collapse. "For us, the 9/11 families and survivors, all we are asking for is an opportunity to have our case heard in a courtroom. Denying us justice is un-American."

Strada said the lobbying efforts from representatives of Saudi Arabia amounted to an intimidation effort from a country the US still relies on heavily in the fight against terror groups like ISIS.

"Neither the President nor Congress nor lobbyists for foreign kingdoms should be permitted to make us wait another day to pass JASTA," she said.

Administration officials had been eying a Friday afternoon veto with the hopes of submitting it to lawmakers after Congress adjourned until November's election contests. But prolonged negotiations over a government funding bill and a package to combat Zika virus have delayed the recess, meaning lawmakers are still likely to be in Washington next week to cast an override vote.

"Our assumption is that the veto will be overridden," Senate Majority Leader Mitch McConnell told reporters on Tuesday.

House Speaker Paul Ryan followed suit Wednesday, saying, "I do think the votes are there for the override." But the Wisconsin Republican also voiced his own doubts about the legislation, saying the implications for lawsuits against Americans worried him.

"I worry about legal matters," Ryan said. "I worry about trial lawyers trying to get rich off of this. And I do worry about the precedence. At the same time, these victims do need to have their day in court."

He was one of several prominent lawmakers who have expressed buyers' remorse for the proposed law. A pair of Republican senators, Bob Corker of Tennessee and Lindsey Graham of South Carolina, have pushed for changes to make it more difficult for the families to pursue lawsuits but could also make it harder for the US to be sued for alleged wrongdoing.

Opponents of the bill gained support Wednesday both from the European Union, which issued its opposition in the form of a "demarche" statement to the US Department of State, and from a bipartisan group of former national security officials, who penned an open letter to Obama.

"The harm this legislation will cause the United States will be both dramatic and long-lasting," the letter read, citing arguments over weakening sovereign immunity. Its signatories included veterans of Republican and Democratic administrations, including Stephen Hadley, a national security adviser to President George W. Bush; Michael Mukasey, a US attorney general under Bush; William Cohen, a secretary of defense under President Bill Clinton; and Richard Clarke, a national security aide to Bush and Clinton.

CNN's Dan Merica and Ted Barrett contributed to this report.