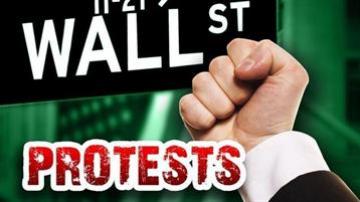 UNITED STATES -- What began as a small protest in the streets of New York City is quickly gaining attention and support from across America!

This week, thousands are joining the protest in at least 50 different cities! The demonstrators blame the nation's wealthiest one-percent for the state of the economy.

On Thursday, President Obama said he understands why so many have taken to the streets.

He says, "I think people are frustrated. And, you know, the -- the protesters are giving voice to a more broad based frustration about how our financial system works."

Vice President Joe Biden also commented on the protests on Thursday as well.

He compared the Occupy Wall Street demonstration to the Tea Party. Biden says both groups are rallying against big banks and corporations because they believe the financial system is unfair.

If you want to show your support for the protests, a demonstration is planned for this weekend right here in South Bend!

The "Occupy South Bend" event is set for Saturday at noon.

The demonstration will take place in front of the Wells Fargo Building on Jefferson Boulevard.

You can learn more information about the event on Facebook.