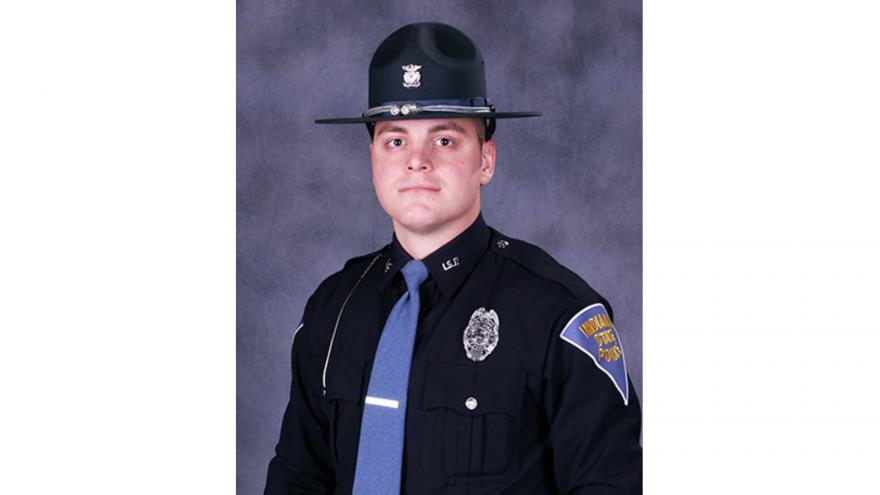 KOSCIUSKO COUNTY, Ind. - On Friday, around 5:50 p.m., an Indiana State Trooper, Jacob Bill, was off-duty when he saw a Winona Lake Police vehicle drive through the intersection he was at with lights and sirens on.

Bill was just outside of Winona Lake near the intersection of County Road 325 East and Wooster Road.

Even though Bill was off-duty when he saw the lights and sirens, he followed them in his marked Indiana State Police car to see if he could help the Winona Lake officer.

Bill and the responding Winona Lake officer stopped just past the intersection and ran to a retention pond where an 11 year old boy had fallen through the thin ice approximately 25 yards out in the water.

Bill ran into the water and swam out to the boy where he was able to grab him by the collar and attempted to get him to shore. As Bill got closer to shore he got caught up in the broken ice as well.

Officer Dave Swain then entered the water to help Bill and the boy.

Sgt. Joe Bumbaugh was then able to help from shore and get all three out of the icy water.

Once out of the water, the boy was taken by ambulance and transported to a local hospital were he was treated.

Another child had also been playing on the ice, but was able to get out of the water on his own prior to officers arriving.

Trooper Bill said, “I was just glad that I was in the right place at the right time.”