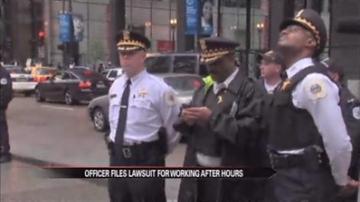 The officer says he works on his department-issued Blackberry at home so he believes the city should pay him for his time.

The city of Chicago says this is a union issue, not a federal lawsuit. But the officer says he is tired of doing free labor.

"If they have a half-hour phone call outside of work hours to a superior about a search warrant they're gonna work on the next day, that is something that needs to be paid for," said Paul Geiger, attorney for officer suing the city.

The case will now move forward as a class action suit. No word whether any other police officers will join in.