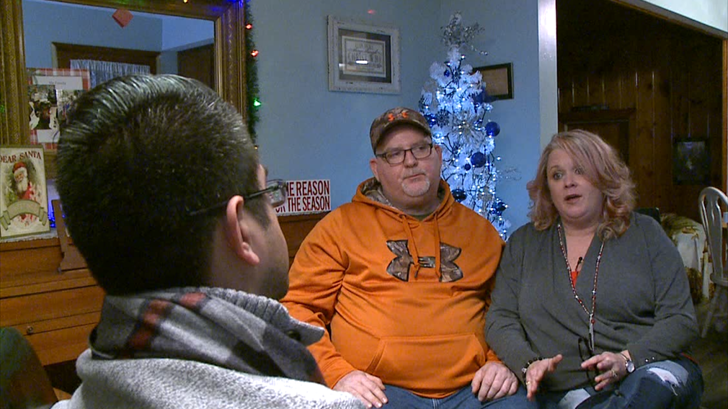 The tight knit community of Knox was rocked after Wednesday’s officer involved shooting.

Community members say they will rally around each other and respond together.

Melissa Fletcher and her husband Mike were born and raised in Starke County.

“It’s a great community. It’s a place where you can raise your family. Raise your kids,” said Fletcher.

Mike Fletcher found out soon after the shooting.

“It was all over Facebook and social media. It travels fast. Word travels fast. In a small community it doesn’t take long for word to get out,” said Fletcher.

Donnie Fletcher lives just around the corner from the furniture mart, where the shooting occurred and knew the victim, 46 year old William Newman.

“Around here everybody knows everybody. It’s quiet. Nighttime come out here not even a car goes by,” said Fletcher.

Fletcher said Newman knew the police were coming after him.

If they did come after him, he’d cause trouble for the officers.

"Willie said he wasn’t going without a fight I guess he wasn’t lying,” said Fletcher.

Mike and Melissa Fletcher continue to pray for everyone involved in Wednesday’s shooting and both believe this community, as it has in the past, will unite once more.

“It just really hits home. It’s not something we or the officers in our community thought would happen today. But thank God for the way it turned out, because it could have been much worse,” said Fletcher.