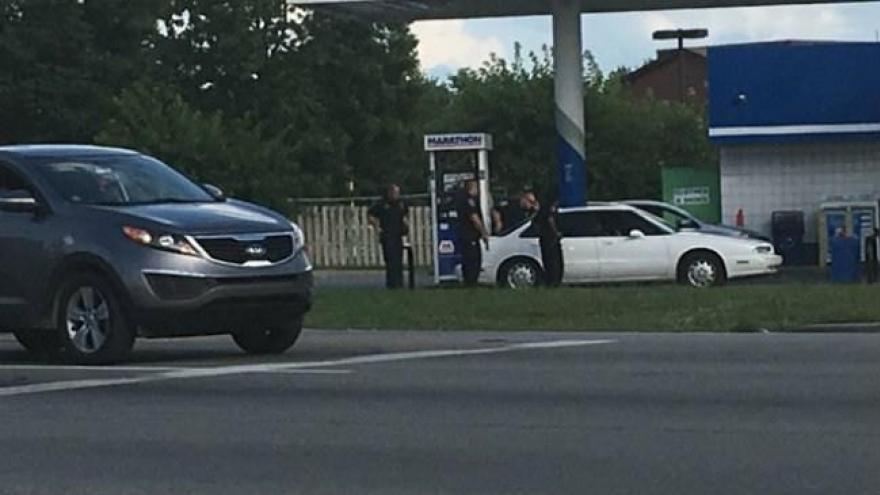 A police officer from the Indianapolis Metropolitan Police Department was shot while making a traffic stop Monday night.

ABC 57 affiliate, WRTV, reports the shooting happened at a Marathon gas station near the intersection of 71st Street and Georgetown Road.

The officer reportedly pulled over the driver of a white Buick thought to be a possible burglary suspect.

During the stop, one or more passengers of the vehicle fired at and shot the officer.

WRTV reports the officer had been shot in the leg and is being treated at Methodist Hospital for non-life-threatening injuries.

Following the shooting, WRTV says the suspect led police on a high-speed chase for over 30 miles until ending at the intersection of Rural Street and Newton Avenue.

Sources say the suspect was shot by police during an exchange of gunfire and reportedly died from his injuries.

Governor Mike Pence issued an official statement regarding the shooting:

“Once again violence has found a member of our law enforcement community, this time in Indianapolis. I thank God that the Indianapolis Metropolitan Police Department officer who was shot is in stable condition. He will remain in our prayers. Tonight's incident is yet another reminder of the risks our law enforcement officers face every day and how important it is that we stand with those who stand on the thin blue line.”