Officer who ended attack on Amtrak train speaks to ABC57 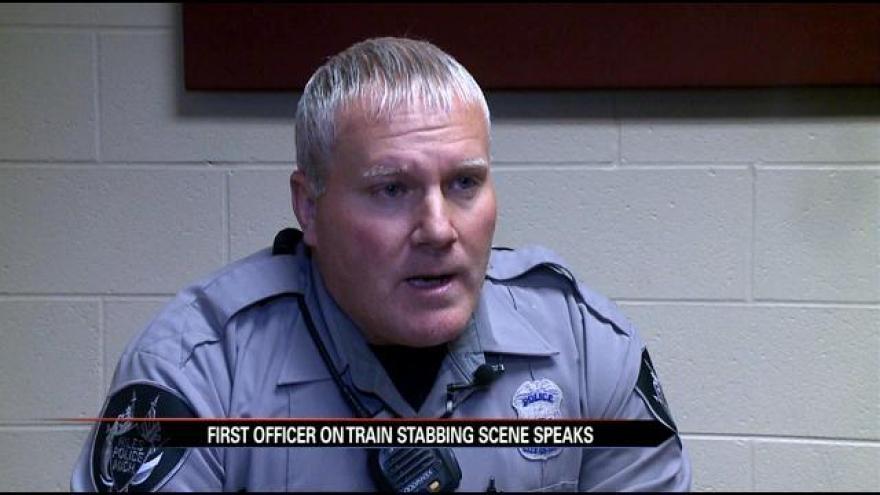 NILES, Mich. - The man responsible for stopping the man who was allegedly stabbing passengers on an Amtrak train spoke to ABC57 about coming face to face with the suspect.

"I heard someone say,' He's got a knife!' And that's when I reached down and grabbed my taser. Stepped back up on the platform --I tried to make my way through some passengers that were still running by me and took about 3 or 4 steps and the offender, Mr. Williams, was running at me with the knife," said Niles Police Officer Shane Daniel.

Daniel thought he was responding to a call about an unruly passenger on the Amtrak train.

He responds to similar calls several times a year.

He quickly realized this situation was different.

"It really honestly happened so fast. I just shot and I was standing there after I shot and it stopped him immediately. He fell to his knees and fell at my feet and the knife was on the floor," said Daniel.

Daniel ended the attack that left three riders and a conductor with stab wounds.

The situation could have been much worse if he had used his gun instead of his taser, Daniel said.

"Mr. Williams was using deadly force on the train and Officer Daniel would have been completely justified in meeting Mr. Williams with deadly force as would any officer across the country," said Niles Police Chief Jim Millen.

Millen is proud of Daniel and said the way the situation unfolded was the best possible outcome.

"We've gotten a lot of emails, phone calls and letters and so on commending us on Officer Daniel utilizing less lethal force in  the situation--especially with everything that is going on in our country today," said Millen.

Daniel says he's just happy that he was able to act quickly. He had only seconds to assess the situation, establish the treat and take the suspect down.

"I would say considering what was happening, what was going on ,what ended up being the end result was the best situation we could have ended with," said Daniel.

Michael Williams is facing 4-counts of assault with intent to murder.

He is in the Berrien County Jail on $1 million bond.