Officer who shot, killed murder suspect back on duty 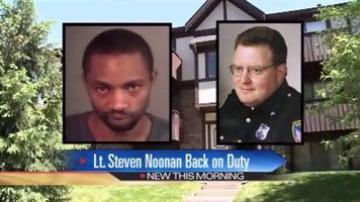 SOUTH BEND, Ind. — The officer who shot and killed Edward Mwaura while he stabbed his six-year-old daughter is back on the job.

Noonan says he entered the bedroom and saw Mwaura stabbing Shirley Munida with a knife.

That is when Noon says he fired two shots, killing Mwaura.