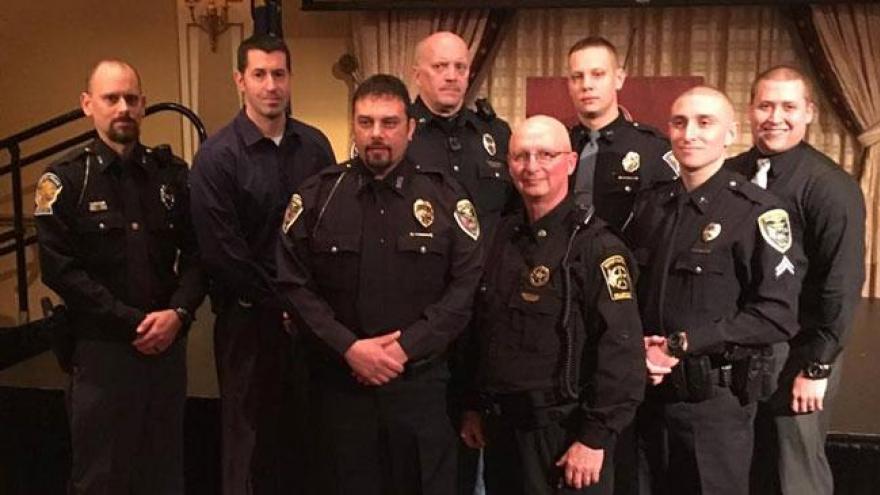 At the Elkhart County Drug Free Partnership Banquet Thursday night, area officers were honored for their work in 2016.

The officers who had the most OWI arrests in 2016 were:

Elkhart County Sheriff Brad Rogers and Undersheriff Sean Holmes were given the Visionary Award at the banquet for founding Positively Elkhart County, a school based prevention program.