Officers involved in Martin's shooting honored by the City of Elkhart 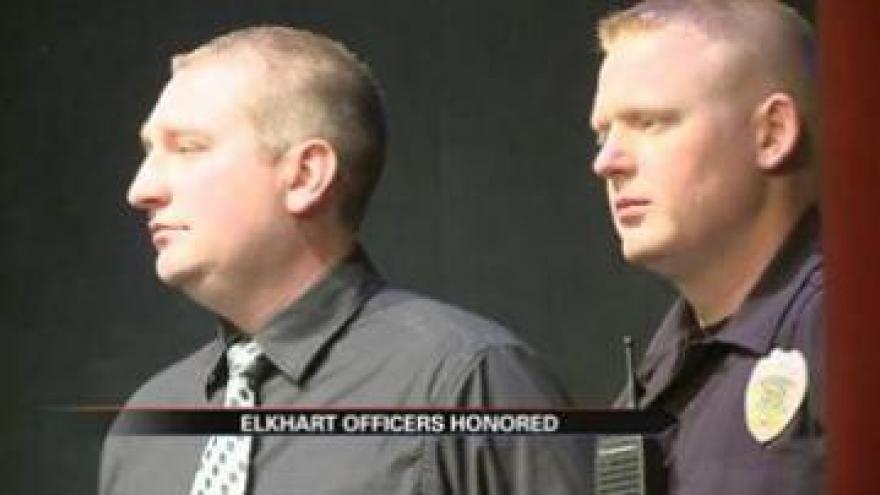 ELKHART, Ind.-- It has been almost four months since a gunman opened fire inside the Martin's Supermarket on East Bristol Street killing two innocent women inside. On Sunday city leaders honored the two police officers and the 911 operator who were involved.

Donnelly said, “At the most difficult time, and at the most dangerous time, they stood up to defend all of us. Our hearts break for Krystle and Rachelle but we are all better and safer and better persons for having you in our community.”

Yoder, the 911 operator, was also given a plaque by the Mayor as a symbol of the city's appreciation.

Mayor Dick Moore said, “He collected pertinent information. As to how to access the building, were there any victims, what part of the store were the shots coming from, and at the same time he was on the air with the officers responding and relaying information to them.”

The mayor also thanked the officers for saving a store manager's life.

Moore said, “There is no doubt, had it not been for their action, another life would have been lost. Yes they were trained and yes they were equipped, but the major ingredient that evening was them. It was a courageous move and one of extreme dedication. The people of Elkhart honor and salute them.”