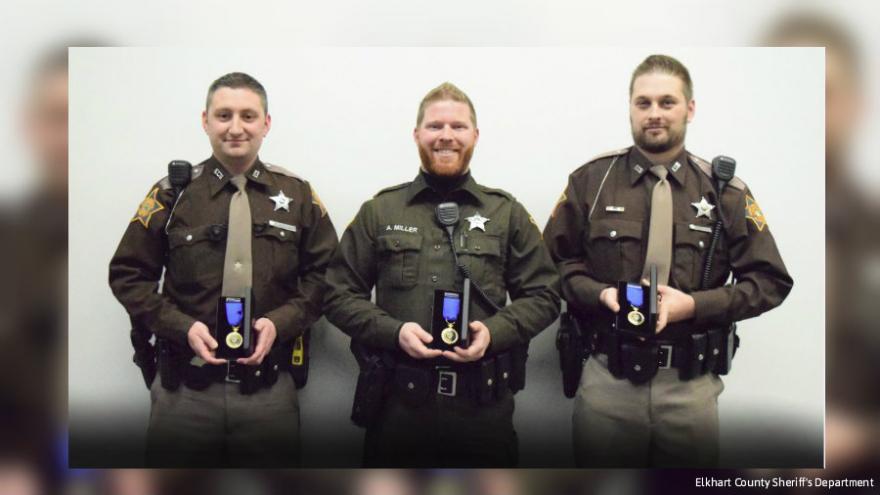 ELKHART COUNTY, Ind. – On March 8th, three Elkhart County Sheriff’s officers were recognized for their life-saving efforts for an individual who was unresponsive after an overdose.

Patrol Officers Jeremy Overmyer, Casey Polachek, and Andrew Miller saved an overdose victim’s life by their CPR training and use of Narcan on June 14th, 2017.

Narcan is a naloxone which reduces the effects of heroin and prescription pain pills, officials said.

The officers were called to a fast food restaurant on Ash Road for a person that was allegedly harassing customers and possibly under the influence of some type of drug.

According to the Sheriff’s office, when the officers arrived they found the subject unresponsive, turning blue, and without a pulse.

They revived the subject after they performed CPR and gave two separate doses of Narcan.

Dr. David Beversluis of Elkhart General Hospital said the survival of the overdose victim was a direct result of the officers’ prompt actions.