Officers reflect on relationship with community during memorial 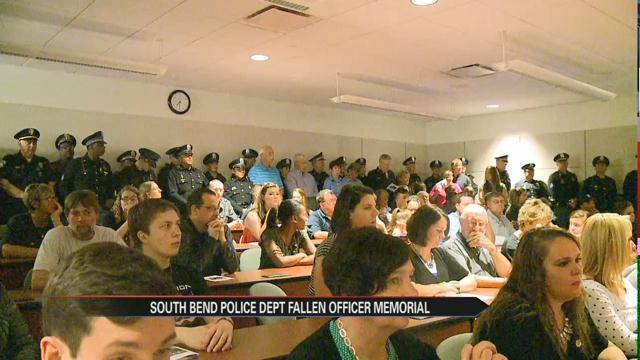 Fifteen police officers have died in the line of duty in South Bend's 150 years. Friday, the South Bend Police Department took the time to honor those officers in the annual Fallen Officer Memorial Service and reflected on the department's relationship with the community.

"To honor their legacy by how we conduct ourselves professionally in our pursuit of lowering crime and keeping the peace," says Chief of Police Ron Teachman.

But it was also a time to reflect on the department's relationship with the community.

Recent events across the country have left many people to not trust police officers, and that includes Michiana residents.

But Chief Teachman says he does not want South Bend community members to have that same mistrust in law enforcement.

"Because we don't want people in South Bend to see what's going on in other cities and to make the assumption that that's how the police department is here," says Chief Teachman.

So that's why he says the department has been trying to find new ways to bridge communication and build that trust.

He says the department has been attending more community events, they have been hosting "Coffee and Conversation" and they just recently launched a new website.

"Too often the only time people deal with the police is when something bad has happened to them, or we think they've done something bad, and that's not the way to build a relationship," says Chief Teachman.

He says with more trust, his officers can do a better job of protecting the public every day.