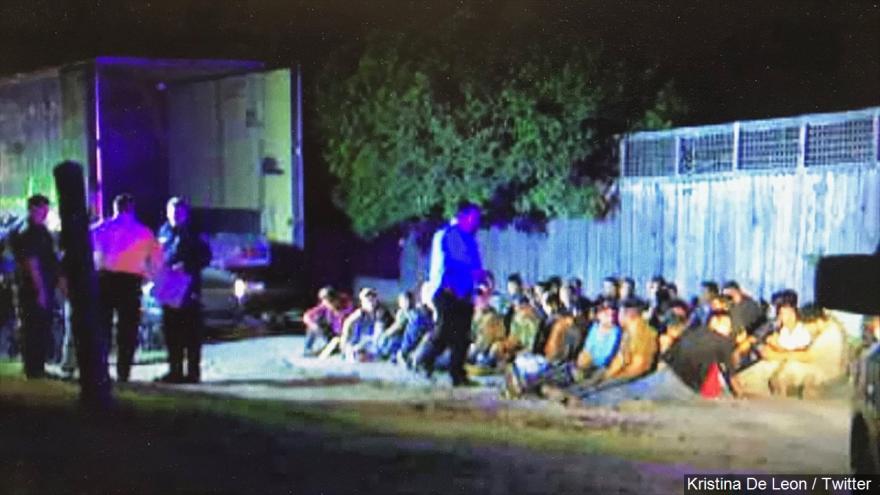 SAN ANTONIO (AP) — Dozens of people, including some children, were discovered in a tractor-trailer in San Antonio.

KSAT-TV reports that authorities from several agencies were called to a North Side neighborhood around 8:30 p.m. on Tuesday and found 55 people suspected of entering the country illegally in and around a tractor-trailer.

Hood said, "This truck was air-conditioned, thank God. This truck had water. So they were hydrated."

Hood says five individuals were treated for minor injuries. They were transported to a hospital.

Except for the five injured, all of the trailer's occupants were taken to a detention center after they were searched.