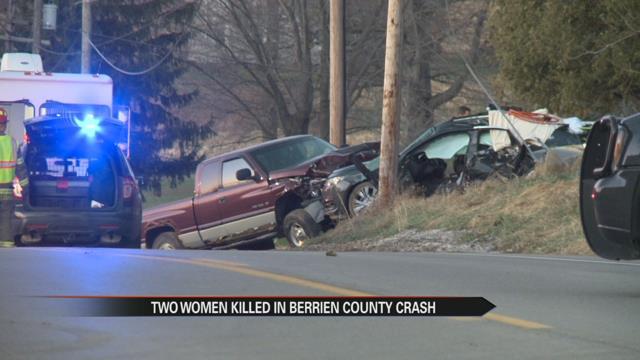 Deputies have released the names of the two women killed in two-vehicle crash in Berrien County Monday evening.

The Berrien County Sheriff's Department says Bre Sutherland, 37, and Laurel Sutherland, 41, were pronounced dead at the scene after the Chevy sedan they were traveling in collided with a maroon Dodge pickup truck.

The two women were sisters, both residing in Chicago.

Deputies say one passenger in the sedan was transported to South Bend Memorial Hospital with life threatening injuries.

All other individuals were also transported to Memorial Hospital for treatment of minor injuries.

According to deputies, it is unknown if road conditions, medical issues, narcotics, or alcohol played a role in the crash.