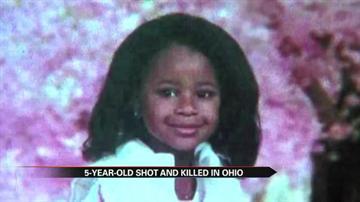 CLEVELAND, Ohio — A five-year-old girl is dead just days before her sixth birthday.

Police say that Jarmaine Brooks and her mother were both shot Monday night. Police say they were in an SUV when the shooting happened.

Witnesses say they heard several shots and then heard a car speed off.

The girl died at the hospital. Her mom remains hospitalized.

On Wednesday, family and friends will celebrate Jarmaine's birthday with a vigil.